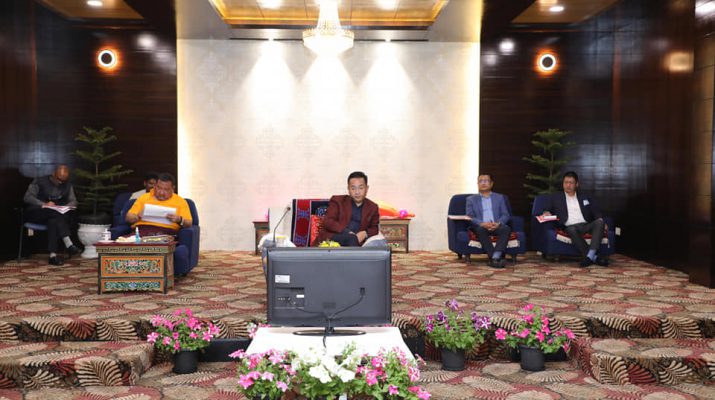 News Top
May 7, 2022May 9, 2022
Posted By: Jeetan Sherpa 26 Views 0 Comment
A review meeting on Pradhan Mantri Gram Sadak Yojana (PMGSY) under the Rural development Department was held on 7th may 2022 at Samman Bhawan under the chairmanship of Hon’ble Chief Minister in presence of Hon’ble Minister, RDD along with the Department officials and contractors.
The meeting started with a welcome address by the Pr.Secretary, RDD. In his address, he gave a brief outline of PMGSY works in the State and its status. He stated that the deadline for completion of all works is September 2022 as per the directions given by the Government of India and beyond this timeline, the funds for incomplete works have to be borne by the State Government.
The PowerPoint presentation on the progress status in detail was presented by the Principal Chief Engineer.
In the interactive session, few contractors from different districts explained of their difficulties and cited their reasons for the delay in the completion of work. However, they also assured to the Government that they would put all their sincere efforts to complete the works in the slated deadline.
Hon’ble Minister, RDD addressed the gathering and directed the contactors to work in close coordination with the Department so as to complete the works in the stipulated time. He also issued directions to the contractor to avoid any action to be initiated against them.
Hon’ble Chief Minister addressed the house and stressed upon the importance of the meeting. He stressed about the importance of a timeline for completion of the pending PMGSY works and stated that in case of non-completion, it would be a burden to the state government. In this regard, he directed the Department and contractors to take up the work seriously and complete it by September 2022, as the works would provide direct benefit to the rural populace and the State. He assured support by the Government in any issues related to forest, land compensation and financial loan which could hamper the work progress. Further, the Government shall provide the matching state share funds in the interest of the completion of the work. The government shall facilitate additional funds required if any subject to timely completion of the works. With respect to the grievances requested by the contractors during the meeting, he assured that the Government would look into the matter falling under the purview of the State Government. In the end, he strictly directed to complete all the works as per the timeline.
The meeting concluded with a vote of thanks 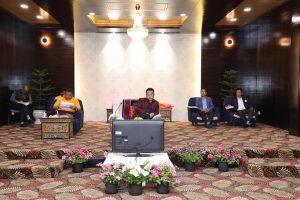 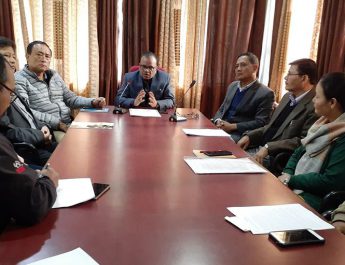 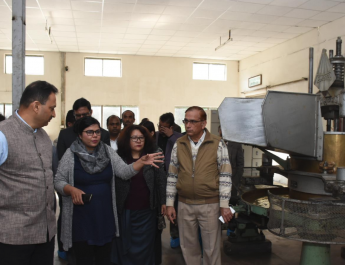