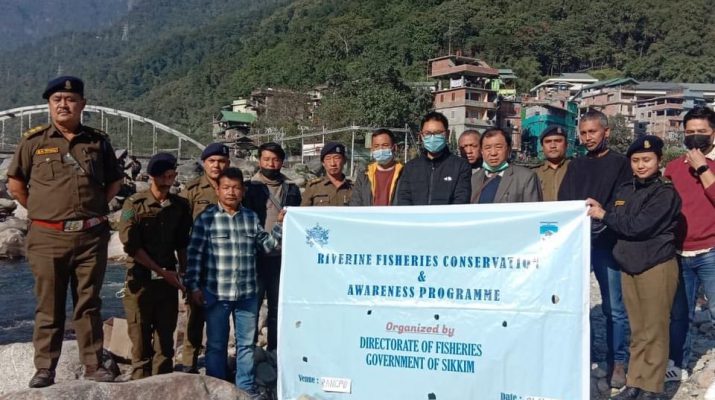 The main purpose for organizing the program was to give awareness on riverine fisheries and their ecological importance, conservation of fish germplasm, with a prior focus on the conservation of state fish of Sikkim (Neolissochilus hexagonolepis) (Chocolate Mahseer) locally known as Katley.

During the course of the program, Shri Krishna Subba HFG talked about the Conservation of riverine fisheries, their ecological importance, reasons for their reduction in a number of species in the natural habitat of River Teesta and Rangeet and its tributaries and the strategies for their conservation by the Directorate of Fisheries through a powerpoint presentation.

Later, Shri Krishna Prasad Sharma, Range Officer Fisheries (Rangpo and Makha fish farm) elaborated about the silent features of the newly launched state sector scheme on ‘’Mukhya Mantri Matsya Utpadan Yojana” (MMMUY), covering the target beneficiaries, subsidy aspects, its importance, objective of the MMMUY, the process to apply for availing the benefits of up to 60% subsidy from the total cost of the purchase of fish seeds and fishing for fish farmers and fishermen, respectively.

Shri N.Jaswant, Director in his address emphasized the different schemes like (Kishan Credit Card (KCC), Pradhan Mantri Matsya Sampada Yojana (PMMSY), and Skilled Youth Startup, a scheme of the state Commerce and Industries Department and new ventures like cage culture in the reservoirs, large scale fishing in the reservoirs, opening fish kiosks and fish eco-tourism. He also informed that the Directorate of Fisheries for the first time has ensured 375 numbers of fishermen under the Group Accidental Insurance Scheme (GAIS) of the Government of India. He also informed that the Directorate of Fisheries has submitted an amendment of the Sikkim Fisheries Act to the Secretary, AH & VS Department for approval where aspects on controlling illegal fishing activities, formation of the fish farmers or fishermen committee to assist the directorate for prevention and conservation of indigenous fishes were emphasized.

Later, at the confluence of Singtam and Rani Khola, a river ranching program was conducted for the ranching of Golden Mahseer by the local fishermen in the presence of officials of the Directorate of Fisheries.

(Press Release from the Directorate of Fisheries) 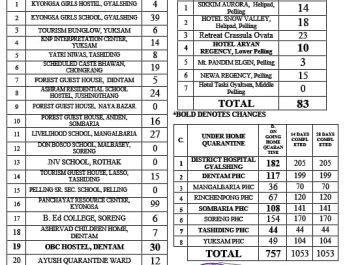 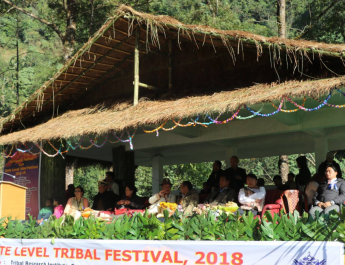