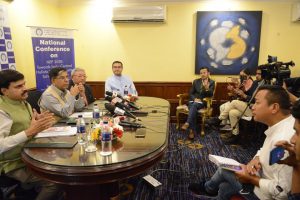 Gangtok, October 24 (IPR): Union Minister of State, Ministry of Education, Government of India, Dr. Subhas Sarkar addressed a press conference on the side lines of the National Conference on National Education Policy 2020, held in the capital today.

Speaking to the media, the Minister expressed happiness about the fact that Sikkim Government has provided very good quality land, measuring about 100 acres at Khamdong, East Sikkim for the construction of NIT Campus. The work of construction is likely to start very soon after completion of all formalities. An amount of ₹ 500 crores for this has already been set aside.

He further informed that Phase-I of Sikkim University campus at Yangang South Sikkim at the cost of ₹ 98 crores has already been completed and Expression of Interest for Phase-II has also been published for ₹ 300 crores. He said that the constriction work is likely to be complete within the next 2.5 years and the campus would be shifted there permanently.

Further, restructuring of standalone college for multidisciplinary and interdisciplinary courses have been started. Sikkim has taken the lead in implementation of the NEP, 2020, he stated.

The Minister further said that introduction of Nursery classes in all Government schools of Sikkim is a milestone achievement of the Government. Sikkim has been a pioneer in starting pre-primary Education and preparing its Primary Text Books based on Sustainable Development Goal. It is a matter of pride that the Sikkim module of KG Classes has found place in the NEP 2020. Mapping of NEP activities with Samagra Shiksha has been done.

Joint Task Force for Implementation of ECCE in convergence with Health and Social Justice Departments (Director Elementary Education). Relocation of Anganwadi Centres to Government Schools is also being done.

To get the Out of Schoolchildren back to school, Curriculum prepared for Out of School Children (OoSC) for Elementary level has been designed and enrolment of these 15- to 18-year children in NIOS is underway. Mapping of schools (college too) infrastructure.

In terms of implementing the Organic Farming as a vocational course, Sikkim has reached to Junior High School level through the Samagra Shiksha. Textbook on organise farming for Classes 6 to 8 in collaboration with the PSSICIVE Bhopal have been developed.

During the COVID-19 situation, despite closure of all educational institutions, Sikkim has been able to reach out to the students more than the national average through online classes.

The Minister shared that Sikkim introduced home schooling for elementary level students where teachers and parents came together for a suitable place of learning which include Panchayat Bhawan, open spaces, playgrounds etc.

Smart TVs are distributed to senior students to support app-based and channel-based learning. 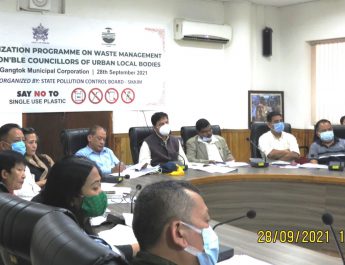 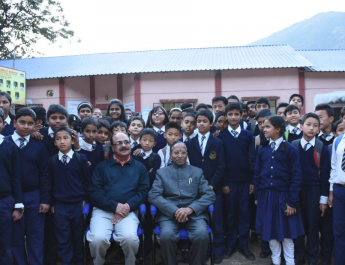