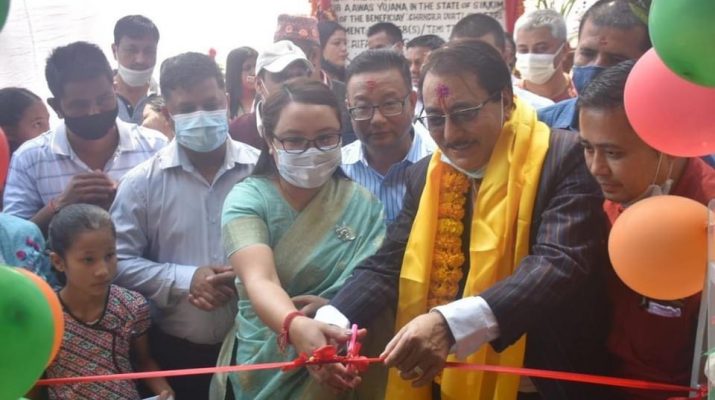 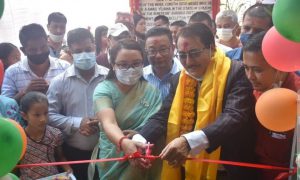 At the outset the Minister inaugurated the first SGAY house of Mrs. Chandrawati Chettri. He also handed over ten number of house keys to individuals whose SGAY houses from the surrounding area has been already completed.

Addressed the gathering Minister Mr. B. S. Panth extended his warm wishes on the auspicious occasion of Dasai. Speaking, about SGAY houses he said that the State Government aims to provide a well-constructed house along with the basic amenities to the beneficiaries of this locality. The main objective of this scheme is to improve the quality of living standard of deserving households.

Additionally, the Minister also appraised about ‘Aama’ scheme which he said was recently announced by the Chief Minister and added that this scheme will be implemented soon in the State as well as at Temi Namphing Constituency. He also highlighted various developmental projects which will be initiated at the area including the foundation stone laying ceremony of Sikkim State University (SSU).

BDO (Temi) presented a brief report on SGAY houses its aim and objectives and underlined that SGAY is an initiative of the State Government to facilitate and augment in providing the basic housing facilities for selected beneficaries.

The programme also saw a short brief on technical report of SGAY by representative of Mungpia Enterprises wherein it was informed that at the surrounding locality construction work has started in most of the SGAY houses.

Moreover, during the programme exgrant cheques were also distributed. 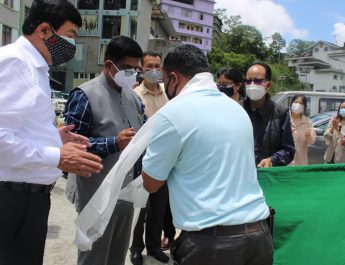 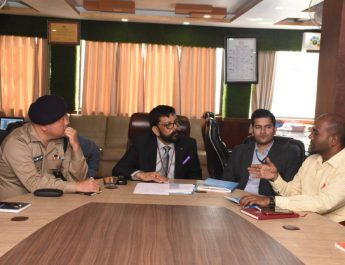