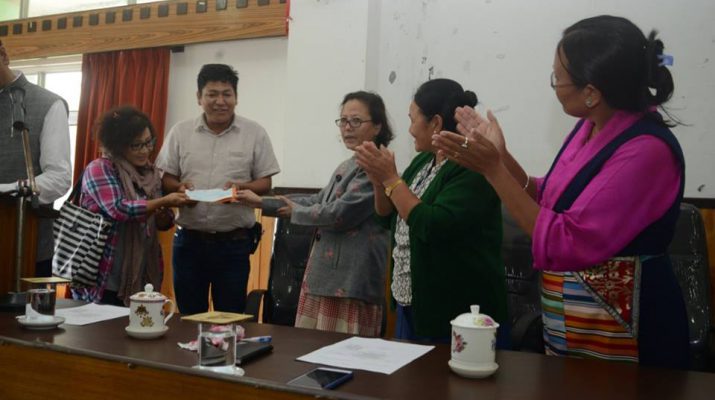 Gangtok, 13 Sept (IPR): In a bid to improve the socio-economy standards of people living with several disabilities, Social Justice, Empowerment & Welfare Department today distributed Grant of Awards to beneficiaries of various schemes like Marriage of Persons with Differently Abled, Inter Caste Marriage, under Protection of Civil Right and prevention of Atrocities Act and National Family Benefit Scheme under National Social Assistance Programme in a function held at the conference hall of the department in Lumsey today.

The programme was attended by Secretary, SJE&WD, Ms Sarala Rai, Additional Secretary, Mr. K.B. Pradhan, officials and beneficiaries from all four districts of the State.

Congratulating the beneficiaries, Chairperson, CSWAB, Mrs. Phurmit Lepcha, said that earlier physically challenged people were not integrated into the mainstream society and marriage is the institution where the stigma of being differently abled was starkly highlighted. Now with the said scheme of ‘Marriage with Persons with Differently Abled’, marriages between the disabled and the able-person in our society has been acknowledged, she added.

“In many places especially in rural areas people are not aware and thus we have to create awareness about such social welfare schemes and ensure proper utilization of welfare schemes,” added CSWAB Chariperson, Mrs. Phurmit Lepcha.

Earlier, Secretary, Ms Sarala Rai, said that such initiatives are made by the State Government to help people be accepted in mainstream society and enable them to lead a life of happiness, dignity and to stimulate and sustain economic growth.

During the function, 18 couples were honoured under Marriage with Persons with Differently Abled Scheme and received cheque worth Rs. 2 lakh.

Additional Secretary, Mr. K.B. Pradhan, informed about various social welfare schemes. He further said that the department has received very few application for Widow-Remarriage Scheme and urged people to spread the message in their respective areas as well so that the aim of social upliftment is achieved. 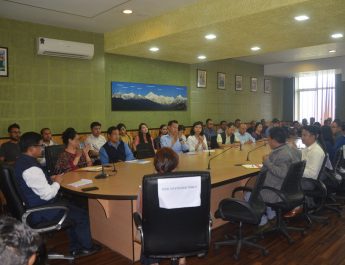 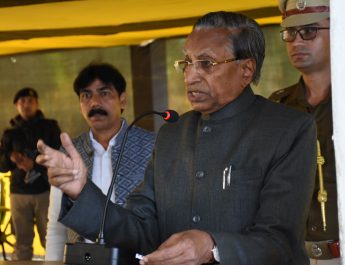 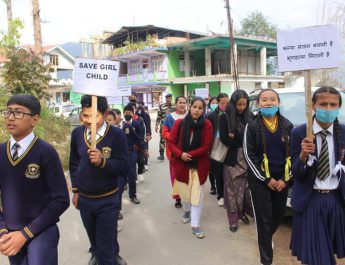