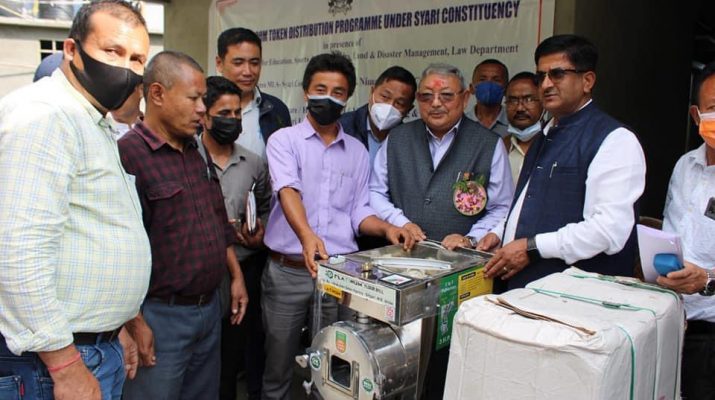 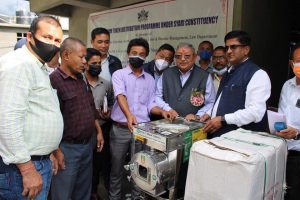 Approximately, more than one hundred farmers of the Syari Constituency received various farming machinery equipment and tools including, power tiller, chaff cutter, power weeder, brush cutter, spices grinder, garden hand tools, farm machinery, under Agriculture Department. Similarly, the farmers were handed over tokens of Tubular Structure Green House and Functional Pack House under the Horticulture Department. The Chief Guest and the Guest of Honour also handed over tokens of the silage bag, chaff cutter, sheep farming, goat farming and construction of Raceway Fisheries Tank to the beneficiaries under the Animal Husbandry Department. Besides, a token of a Custom Hiring Centre of Rs. ten lakh was also presented to the farmers of the constituency.

Minister-cum-Area MLA, Shri Kunga Nima Lepcha expressed gratitude to the Agriculture, Horticulture and Animal Husbandry and Veterinary Services Departments for making a commendable effort to benefit the farmers of Syari Constituency. He stated that the programme is dedicated to making people aware of the opportunities availed by the State Government and added that they need to utilise availed benefits with utmost care for a sustainable source of livelihood.

He articulated that the rural part of the Syari constituency is blessed with an abundance of natural resources and farming potential and further advised the farmers to be more progressive and dedicated to achieving prosperity.

He added that the State Government has been working tirelessly in various sectors including health, agriculture, horticulture, animal husbandry, education and other areas and said that people have been witnessing its impressive output within a short period.

He informed that the State Government has started the construction of a playground in every village and also apprised on the notable construction work of one hundred school buildings, which will be completed in one phase in near future.

He also threw light on developmental works like new road connectivity, house upgradation and upcoming infrastructural development in the constituency.

The Agriculture Minister Shri Lok Nath Sharma said that the State Government has come forward with farming friendly policies and facilities with a prime motive to make them self reliant and economically sound.
He urged the beneficiaries for optimum utilisation of the equipments and tokens. Minister Shri Sharma also articulated several exemplary sources of livelihood by the farmers within two years of duration through the same kind of token and equipment provided by the department.

He also underlined Mukhya Mantri Krishi Atmanirbhar Yojana, Mukhya Mantri Pashudhan Samridhi Yojana, Macha Utpadan Yojana and highlighted the financial benefits and purpose of initiating such visionary schemes.
He informed that the department has received a newly allocated fund of dairy incentives recently, thus, the financial incentives of Rs 8/per litre of milk will be deposited in the bank account of farmers, at the earliest. He informed that the Chief Minister Shri Prem Singh Tamang has always been concerned for the progress and benefit of the farming community.
The Minister also announced to provide a Community Water Tank of 30 thousand litres at Naitam and directed the concerned officials to constitute Water User Committee.

Secretary Agriculture Shri Rinzing C. Bhutia, in his address, informed that the department has conducted a field survey in recent days and underlined the future scope and potential of farming in the constituency. He also advised the Farmer Producers Organization of the locality to be more proactive at the community level. Shri Bhutia also articulated the objectives of the State Government to work for conversion and transformation of the agricultural sector into entrepreneurship and industrial oriented.

He highlighted the implementation of Pradhan Mantri Krishi Samman Nidhi (PMKISAN) in the state and also urged left out farmers to get enrolled to the benefit of Rs. 6000/- per annum.
Approximately ten thousand farmers have been benefited under the scheme in the state within two years, he added. He also informed the farmers on various programmes and encouraged them to acquire insurance of crops/vegetation.

Secretary, AH&VS, Dr Sangey D Bhutia informed about the departmental programmes and schemes being implemented by the State Government including financial incentives in the dairy sector and piggery farming.

He also highlighted the criteria of Mukhya Mantri Pashudhan Samridhi Yojana and mentioned that the scheme would encourage piggery farming particularly breeding. He also shared about the status of fund allocation by the State Government under various schemes.

Principal Director, Horticulture Shri Sadan Tamang spoke on the programmes of the Horticulture Department. He elaborated detailed provision of Horticulture Mission for North East and Himalayan State, Restructured National Bamboo Mission and various other schemes implemented to benefit the farmers.

The programme began with the welcome address by Additional Director, Agriculture, Smt. Bina Rai and concluded with the vote of thanks presented by Joint Director Horticulture ( E) Shri Passang Tamang. 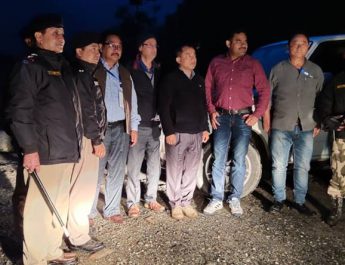 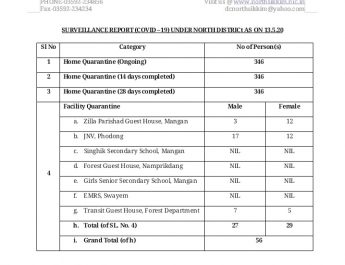 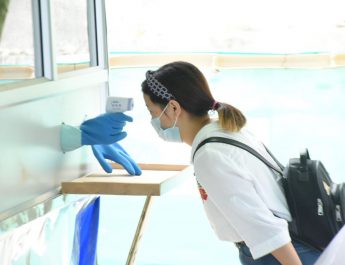