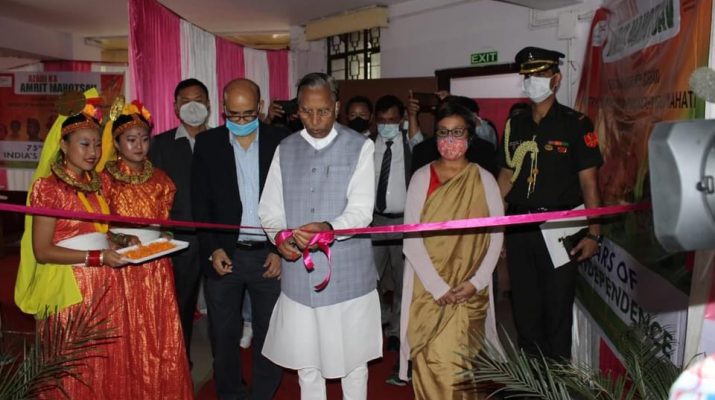 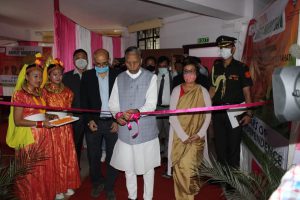 At the outset, the Governor inaugurated the photo exhibition set up by the Regional Outreach Bureau at the auditorium premises.

Later, addressing the gathering, the Governor stated that Azadi Ka Amrit Mahotsav is a tribute by our people to our freedom fighters and freedom movement. He said that this is a defining moment in India’s journey and an opportunity to recollect the legacy handed down by freedom fighters.

He paid homage to the Sikkimese freedom fighters, Trilochan Pokhrel and Helen Lepcha, and added that the Azadi ka Amrit Mahotsav mainly focuses on the youth of the country with the aim to reconnect them with the brave stories of our freedom fighters and with the sacrifices made by unsung heroes of India’s freedom movement.

Secretary, IPR Department, Smt. Siporah G. Targain, in her address, enumerated the five pillars of the Azadi Ka Amrit Mahotsav celebrations namely struggle for independence, ideas of 75 years, achievements of 75 years, actions of 75 years and resolutions of 75 years. She emphasised on the need for awareness about these pillars among the young generation in order to inspire them to realize and move towards the dream of an Atmanirbhar India.

Director, PIB Sikkim, Shri Ajay Mhamia, extended gratitude to the IPR Department, Government of Sikkim and the press media fraternity of the State for their constant support for the dynamic awareness coverage of the various activities under the Azadi Ka Amrit Mahotsav celebrations.

The event was also addressed by Principal, NBB Degree College, Prof. D. Purohit, wherein he extended gratitude to the Governor for gracing the occasion as chief guest and the Regional Outreach Bureau for choosing the college as the venue for the glorious event.

The programme also featured a rich amalgamation of enthralling music and dance extravaganza presented by the cultural troupes of the ROB, Guwahati.

Earlier, the welcome address was delivered by Deputy Director, ROB, Shri Arijit Chakraborty, wherein he briefed the audience about the various initiatives and activities undertaken in the State of Sikkim under the banner of Azadi Ka Amrit Mahotsav – 75 years of India’s Independence. 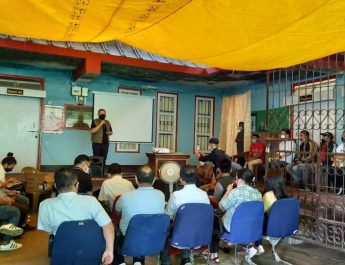 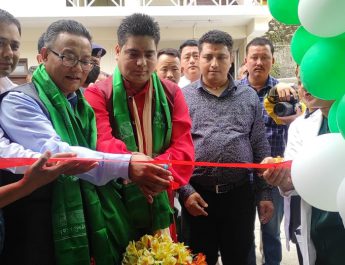 A Mega Health Mela was organised at Temi Tea garden

Order from the Office of DC West