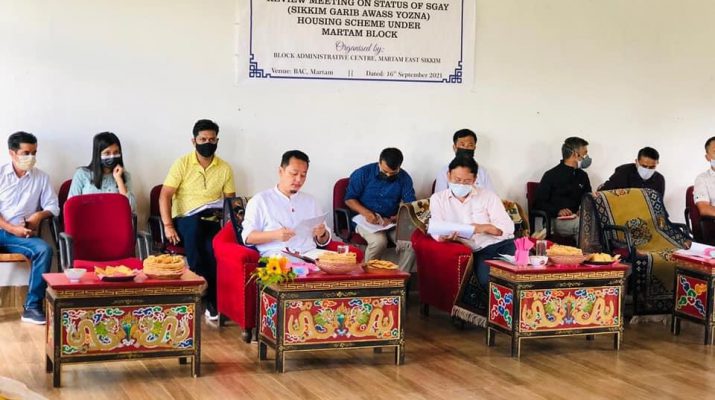 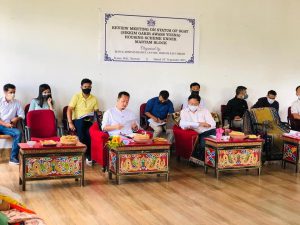 There are 70 beneficiaries of SGAY from Martam-Rumtek constituency under Martam BAC, out of which 10% have slab cast, 40% have plasterwork, 15% have painting, 25% have footing column and 5% houses have not been started yet.

The beneficiaries present expressed their gratitude to the Hon’ble Chief Minister Shri Prem Singh Tamang for providing with SGAY scheme as a token of care towards the genuine people. Those beneficiaries whose houses have not started yet have expressed their dissatisfaction with the road connectivity and transportation. However, the Project Manager present assured to complete and take over the work from the beneficiaries, if they have been facing such problems.

The Hon’ble MLA in his address asked the beneficiaries to keep the SGAY scheme time-bound and complete it on priority. He appreciated the State Government for providing 100 SGAY to the people of Martam-Rumtek constituency. He also informed the gathering that the ailing patients from the constituency have received approximately ₹50 lakhs from the State Government till date, during the pandemic.

It may be mentioned here that as per the direction of the Chief Minister, the SGAY review meeting was completed today, which had covered all the six BAC under ADC Development Gangtok. The entire tour highlighted the noble initiative of Sikkim Government under the leadership of the Chief Minister for providing 3050 houses to genuine beneficiaries of Sikkim. 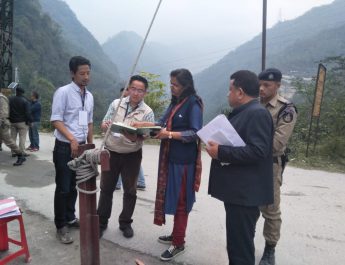