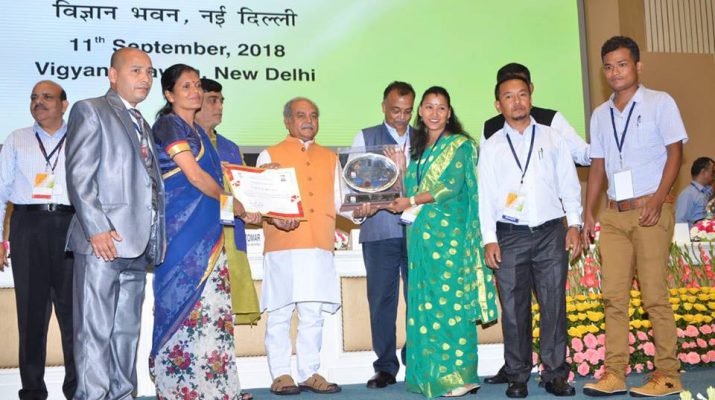 In recognition of significant achievement made in Rural Housing under PMAY-G, the Ministry conferred a National Award to Sikkim for the outstanding performance by the North District. The award was received by PMAY-G team led by Commissioner-cum-Project Director, PMAY-G, Dr. P. Senthil Kumar, along with ADC, Dev, Mangan, Shri KR Limboo, Under Secretary, PMAY-G, Shri Sisum W. Bhutia, and MIS Manager, Shri Naresh. This is the second National Award received by PMAY-G team of Sikkim for it significant performance in implementation of PMAY-G housing Scheme in Sikkim.

The Sikkim State Institute of Rural Development and Panchayati Raj (SIRD&PR) received Best Performing SIRDs of the Country Award in the very first year of the constitution of Award by the Ministry. The Sikkim SIRD is continuously taking efforts in capacity building of various RD functionaries and PRI elected representative in the state through best possible capacity building programmes using its state-of-the-art infrastructure. In recognition of the contribution of Sikkim SIRD&PR, the Ministry awarded this award and the Award was received by the SIRD team led by its DIrector, Ms Suchitra Rasailey, along with Additional Director, Mr. Bishal.

Sikkim has been the front runner among best performing States in implementation of Rural Development Schemes such as MGNREGA, PMAY-G, NRLM, RURBAN, etc. A number of measures have been adopted by the State for enhancing transparency. Digital MIS and online transaction of accounts are way of working in respect of above programmes in the department. Pro Active disclosure by all Gram Panchayats has been made mandatory.

Sikkim model of Social Audit has been applauded at the National level as the best example of Social Audit in the Country and it is conducted every year in every gram Panchayat by the independent Social Audit Unit by MGNREGA. The uniqueness of the Social Audit is that detail of each expenditure are made public in the Social Audit Jan Sunwai and the people actually audit all expenditure. Besides this, easy exchange of information and centralized coordination of functionaries at the block and Gram Panchayat level is being conducted through various monitoring techniques like Google Docs, What’s App groups, MPR and field verifications.

At the GP level, Kitam Manpur Gram Panchayat is fast emerging as one of the best performing Gram Panchayats in implementation of MGNREGA Scheme. The Gram Panchayat provided employment to 263 household (92%) out of 287 registered Job Card Holder during last financial year. The women participation has been 72% in FY 2018-19 which is amongst the highest in the State. The Gram Panchayat has not only created durable asset under MGNREGA but also created poverty pathways for the rural poor by strengthening their livelihood based. Through public programme like MGNREGA, the GP has been able to successfully transform the rural lives by restructuring rural economy and ensuring water security to a large extent. This GP was also the first village adopted under Sansad Adarsh Gram Yojana (SAGY) by Hon’ble Member of Parliament, Lok Sabha, Shri. P.D. Rai.

On hearing the announcement of the four National Awards to Sikkim, Secretary, RM&DD, Shri DR Nepal, thanked the Chief Minister, Minister for RD and the entire Government Machinery and said that the political will and the Government’s pro-poor and pro-development policies have all resulted in a sustainable development of rural Sikkim. The entire Rural Development team have worked tirelessly to achieve the visible results on the ground. These awards and recognitions are the reflection of sincere efforts put forth by the officers and functionaries of the department, the Panchayats and all concerned in the State. 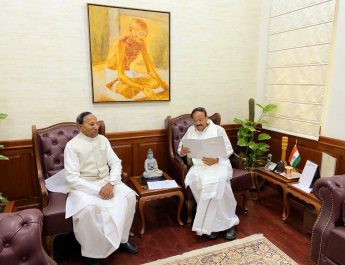 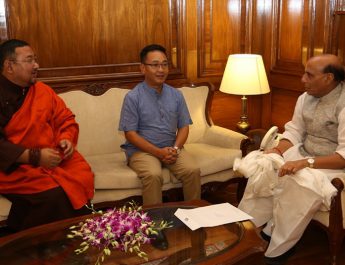 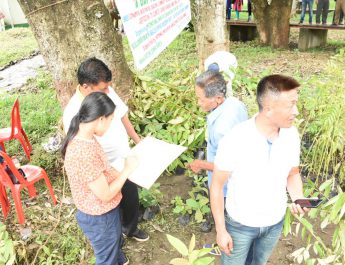