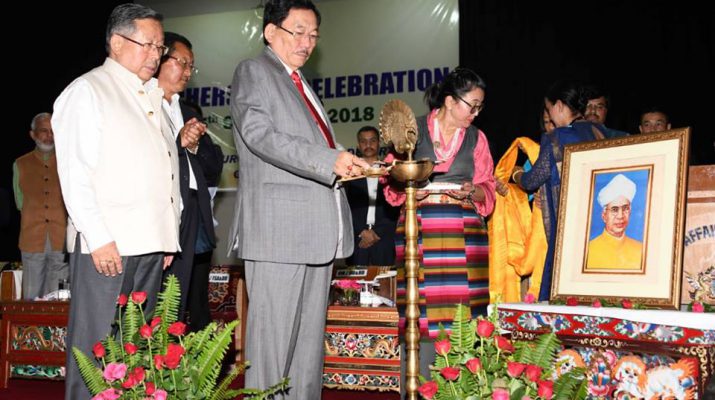 The programme showcased line of activities ranging from addresses by the special guests, book release, award ceremony and screening of film on State Literacy Mission.

The State level function was attended by Ministers, MLAs, Advisors and Chairpersons, Heads of Departments, officers of HRDD, and the teaching fraternity from throughout the State.

The Chief Minister firstly paid rich tribute to Dr. S. Radhakrishnan whose name is synonymous with the noble profession of teaching, and in whose honour the country celebrates Teachers’ Day on this day every year.

Speaking about teachers, teaching and knowledge, the Chief Minister stated that teachers hold the most excellent position in society and they dispense their excellence through their work. The onus is on teachers to preserve their profession which endows them with such great responsibility, he said.

Talking about the subject of promotions of teachers, the Chief Minister stated that promotions would take place upon reaching qualifying period of time. While talking about the subject of service regularization of teachers, he clarified that the state government has to follow Central rules as education is a concurrent subject and it cannot violate any rules. Shri Chamling asked for support and understanding from the teaching fraternity so that with better cooperation the path towards growth and inclusive development can be achieved.

The Chief Minister announced a Sikkim Students Welfare Board with a grant of Rs 1 crore to assist students facing crisis situations. He also announced a Senior Citizens Board in Sikkim.

Talking about the subject of Revenue Order No 1 and the demand for inclusion of Sherpa land in the same law, the Chief Minister clarified again that Revenue Order No. 1 is an old law of Sikkim which specifically provides for protection of land of the members of the BLncommunity. He appealed to the Sikkimese people to rise above the
politics of caste, creed and focus on the spirit of oneness that the state is so famous for.

The Chief Minister also threw light on the state’s Organic Mission, an initiative which he said is unfathomed anywhere else in the world and which has the possibility of bringing about a paradigm shift in modern day development models. Demystifying the idea of organic farming, he stated that the basic purpose of this practice is to
guarantee pure air to breathe, pure water to drink and pure edible food grains. He urged the teachers who are the intellectual lot to understand and endorse this noble endeavour of the Government of Sikkim.

At the end, he thanked all the teachers of the State for their role in guiding the students in achieving their goals. He further urged them to continue rendering their invaluable services to the State with utmost sincerity and dedication.

While addressing the gathering Hon’ble Minister HRDD Shri R.B. Subba congratulated the teachers for the exemplary work and the awardees who had made the state proud. He appealed to the present generation to become technologically advanced so that they shape the destiny of the State by empowering the future generations. The Minister during the programme also explained the various initiatives of the department and its future course of action in detail.

Earlier, in his welcome address the Additional Chief Secretary, HRDD Shri G.P.Upadhaya said that teachers are the true nation builders and are always the pioneers for any progressive society. He appealed to them to understand the magnitude of their duties and stated that their handwork and guidance will take the state towards a bright future.

He pointed out the emphasis laid on the education for illiterate people of the society and informed the gathering about how the State has achieved 100% literacy this year.

The Basic Literacy Programme Certificate was given away to the adult learner of the State to Mrs. Passang Sherpa and Ms. Sunita Sharma, respectively.

A book titled “NaiTalim” Work Education and Experiential Learning was also released on the occasion. The book is a joint effort of the Universities in the State, State SCERT and Mahatma Gandhi National Council of Rural Education (MGNCRE) formerly known as National Council of Rural Institutes (NCRI), under the Ministry of Human Resource
Development in Government of India.

Zero Investment innovation hand book was also released by the Chief Minister followed by the felicitation of 32 innovative teachers.

On the occasion, selected teachers were presented the Mementos and Cash of Rs. One Lakh awards to the National Awardees 2017 by the Chief Minister in lieu of their exemplary services in their profession. The programme also saw felicitation of best performing schools (Academic) from throughout the State, along with trophies for the best overall performing schools in all districts.

Guru Shiromani Awards which has been introduced by the State for the first time, was conferred to Miss Chumzay Nangpa comprising of shawl, mementos and cash prize of Rs. 75,000. 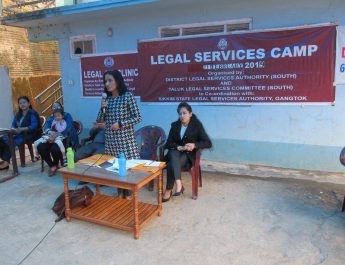 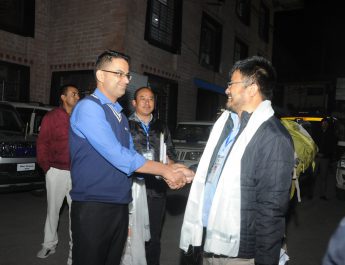 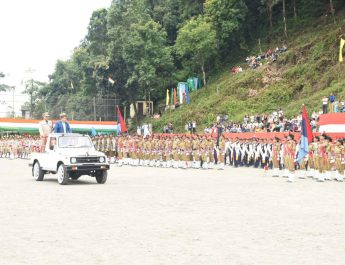