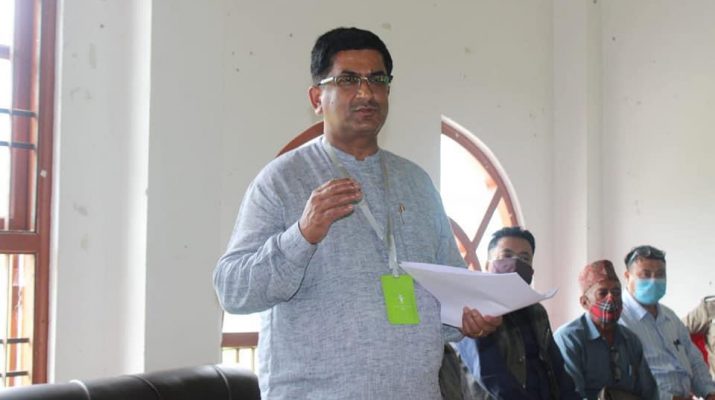 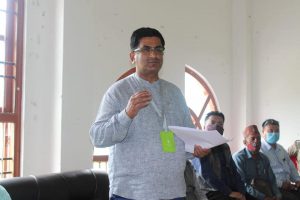 Minister Shri Sharma handed over Work Order for the Construction of Community Water Tank to the beneficiaries of identified cluster of Chingthang, Burfok and Rungdu Berthang ward under PMKSY scheme.

Minister Shri Sharma, in his address, stated that the implementation of PMKSY would be a milestone in availing required water during the dried and winter season. Throwing light on the concept of “per drop more crop”, drip irrigation, sprinkle irrigation system, he motivated beneficiaries to adopt significant components of the schemes to increase the production level.

He also asked officials, field functionaries, panchayats and farming households to get actively involved in ensuring quality works in constructing Community Water Tank to meet up the objectives behind the visionary scheme.

He highlighted newly initiated financial incentives of Rupees Five Thousand in piggery farming sector and elaborated comprehensive procedure of conducting survey and guidelines to be framed for smooth disbursement of allocated fund of Rupees Three Crore in the initial stage.

Shri Sharma also extended heartiest gratitude to the Hon’ble Chief Minister for according approval for the Establishment of Medhavi University in the constituency. The development will have significant impact in witnessing a paradigm shift in terms of overall progress and reformation.

Shri Sharma also underlined various developmental works accomplished in the health sector as well. He also informed that allotted Housing under Chief Minister Garib Awas Yojana within Gyalshing Bermiok constituency, are being constructed on war footing and urged all concerned to complete construction work within the stipulated time period.

Further, he urged people to follow COVID appropriate behaviour and the guidelines issued by the concerned authority to save ourselves from COVID pandemic. 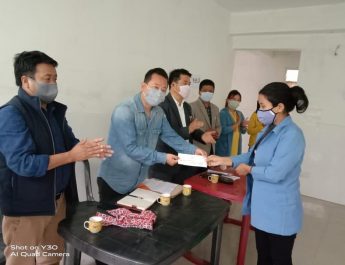 ASHA workers from Rongli were handed over the one-time incentive 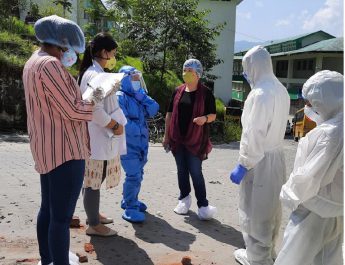 De-notification of the following areas under East District