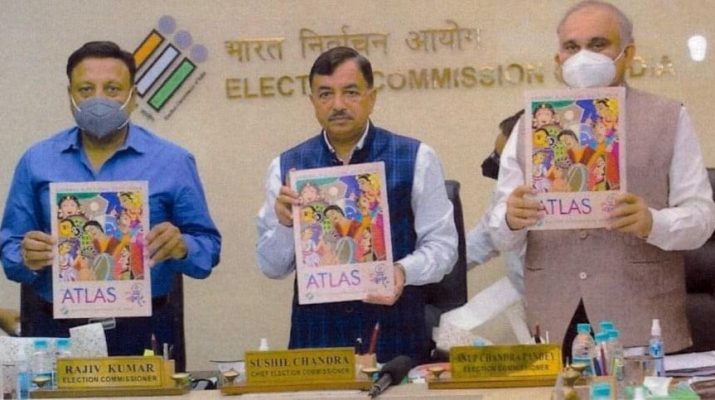 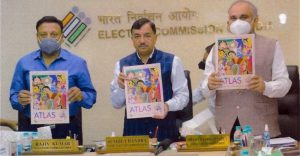 The Atlas encompasses all the data and statistical figures of this monumental event. It has 42 thematic maps and 90 tables depicting various facets of the elections. The Atlas also shares interesting facts, anecdotes and legal provisions related to the Indian elections.

Since the first General Elections in 1951-52, the Commission has been publishing compilation of electoral data in the form of narrative and statistical books. 17th General Elections conducted in 2019 were the largest democratic exercise in human history which witnessed the participation of 61.468 crores

Voters at 10.378 Lakhs polling stations spread over 32 Lakhs square kilometer territory of India.
In Indian elections, electoral data is primarily collected during the preparation of Electoral Roll by the Electoral Registration Officers and also in the process of conduct of elections by the Returning Officers. This data is then collated by these statutory authorities. Thereafter, after the culmination of the electoral process, the Election Commission of India collects this electoral data and prepares various reports for compilation, record and dissemination purposes.
In October 2019, the Commission released statistical reports based on the electoral data made available by the Returning Officers of 543 Parliamentary Constituencies. The maps and tables as placed in this AC as depict that information and provide for better understanding and appreciation of electoral diversity of the country. In addition to contextualizing the data, these detailed maps reveal electoral patterns at various levels as well as indicate its spatial and temporal settings. With an aim to better visualize and represent the electoral data, this AC as serves as an informative and illustrative document that brings to light the nuances of the Indian electoral process and empowers readers to analyze trends and changes.

The Atlas brings out salient features such as data of the 23 States and UTs where women voting percentage was more than the male voting percentage; information about the largest & smallest parliamentary constituency in terms of electors, candidates and performance of political parties amongst other parameters.
The Atlas depicts the elector’s data in different categories and through various comparison charts like Elector Gender Ratio and electors in different age categories. The 2019 General Elections witnessed the lowest gender gap in the history of Indian elections. The Elector Gender Ratio which has shown a positive trend since 1971 was 926 in 2019 General Elections.

Amongst the various other categories, the atlas compares the number of contesting candidates in the General elections since 1951 In the 2019 General Elections, there were 8054 qualified contesting candidates after rejection of nominations & withdrawals from a total of 11692 nominations filed across the country.
To check out the details, the e—Atlas is available at https://eci gov.in/eBooks/eci atlas/index.html. Suggestions, if any, can be shared with the EDMD division of the Commission. 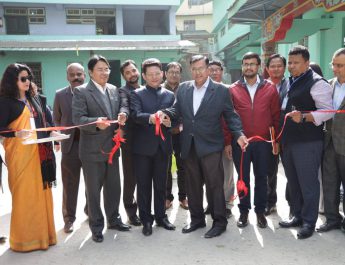 De-Notification Order from the Office of DC East