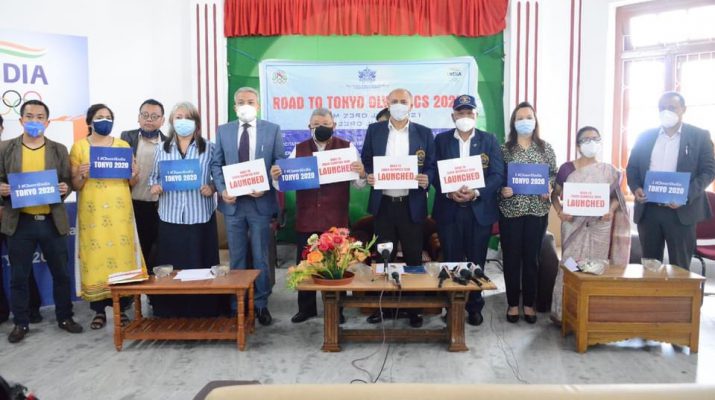 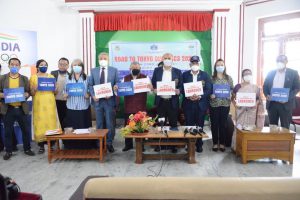 The main objective of the campaign is to promote sports and spread the message of making sports an integral part of life.

The month-long campaign is being organized by the Sports and Youth Affairs Department, Government of Sikkim and Sikkim Olympic Association in collaboration with Sports Authority of India. The campaign will commence today and will culminate on the 23rd of July, 2021.

Speaking to the media personnel, the Hon’ble Minister gave a brief background on the origins of the Olympic games. In his address, he emphasized on the need to encourage and support sports persons throughout the state and the country. In his words, Sikkim needs to give birth to more Olympians like Tarundeep Rai who will take the name of Sikkim and India ahead in the field of sports and this feat will only be possible with encouragement and support from the people. He also extended his best wishes to Tarundeep Rai and all other athletes from India participating in the Tokyo Olympics. Shri Tarundeep Rai, Sikkimese Archer, who will represent India in Tokyo 2020 Olympics has won bronze and silver medals for India and has already taken part in both the Athens (2004) Olympics and London (2012) Olympics.

Speaking on the occasion, Secretary, SYA, Shri Raju Basnett gave a brief report on the Road to Tokyo Olympics 2020 programme. He apprised everyone that the month-long programme will include Quiz, Debates, Dialogues, Talk Shows, Felicitation of Athletes and Parents, Selfie Points, fan engagements to encourage sporting spirit among citizens. 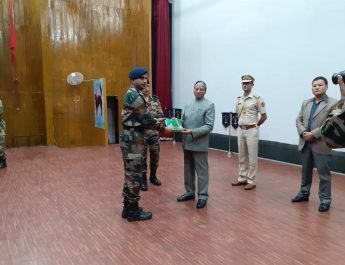