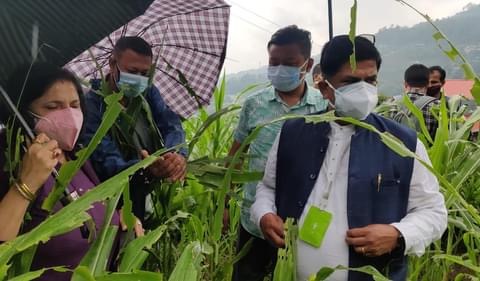 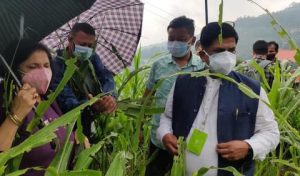 While carrying out the field inspection, Minister Shri Sharma also interacted with the progressive farmers and informed that the concerned department has been working tirelessly to mitigate the further spread of disease and ensure quality yields of farmers’ produces.

He directed the concerned officials and field functionaries to be vigilant and quick in responding against any complain of farmers with regard to the infestation of pest in maize. He also informed that the concerned field staff has been spraying neem based herbal medicines and have controlled the disease in most of the affected areas.

The Minister also assured to provide three power tillers and six green houses for six wards of the GPU to boost up the progressive farming community in the area.

Speaking to the media, the Minister appealed to everyone to adopt agriculture for good health and sustainable livelihood. He also threw light on the vision of the Hon’ble Chief Minister to benefit the farmers with encouraging agricultural activities and farming friendly initiatives like financial incentives, conceptualization of “Agriculture is Future” and to make Sikkim a self-reliant State. It may be noted that the spread of disease has now been mitigated to a large extent after conducting the spray a week ago and the concerned farmers have expressed their gratitude to the State government for promptly addressing the infestation of pests, and for other important initiatives. 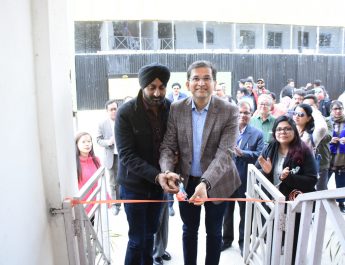 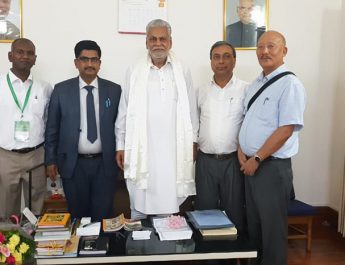 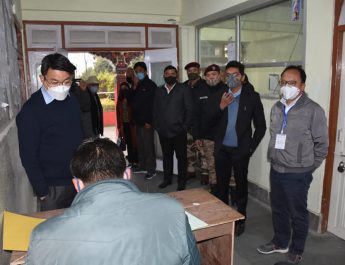