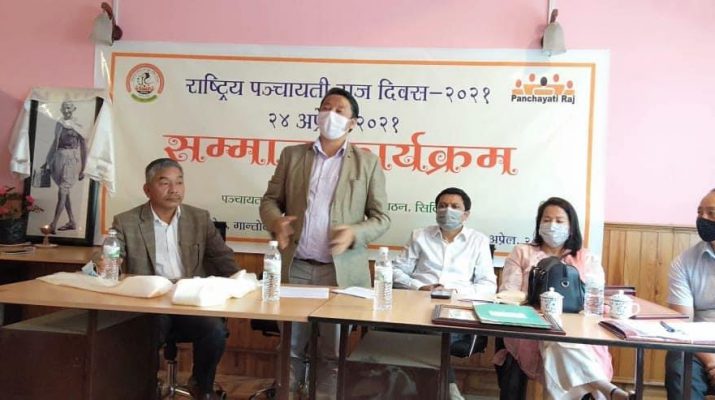 The program was inaugurated by the chief guest by offering Khada along with Mangaldip in the picture of the dreamer father of the nation Mahatma Gandhiji. After Vice President (Administration) Mrs. Kalpana Moktan welcomed the meeting, Shri LP Kafle, Vice President (Coordinate) highlighting the justification of this day on the occasion of National Panchayat Raj Day this year to all the honorable members of the District and Gram Panchayat Unit in various ways, on the occasion of National Panchayat Raj Day He said that he has organized a program to honour by giving congratulation letter as congratulation. She also informed about the Charter of Demands (Charter of Demands) that the Panchayat Women and Youth Shakti Organization is in favor of the Panchayat in favor of the Panchayats.

District President Shri Samsher Rai addressing the function and expressed best wishes to everyone on the occasion of National Panchayat Raj Day. Even though his district panchayat was awarded from the Panchayat State Ministry of India, he was not able to go to Delhi due to Covid, he informed that he received the award through video conference. He said that the entire district panchayat of the east district is entitled to this award. Chairman Shri Rai needs to strengthen this Panchayat organization and has also urged all elected Panchayats to take membership of the organization.

Addressing the felicitation program from the seat of the chief guest, Shri Mangaljit Rai congratulated the awarded and respected district and village panchayat. He briefly published the situation of Panchayat Raj System in India from the rising to the date. Sikkim State has expressed pride in winning Best District and Gram Panchayat Award every year in the field of operating Panchayat Raj System. This is how the Panchayat Women Youth Shakti Sangathan organized a felicitation program and appreciated the initiative of the organization for honouring the award-winning district panchayat and village panchayat. Shree Rai also advised the Panchayat organization to organize logic competition, attendance answer, essay writing on Panchayat Raj to help the youth to develop oral development. 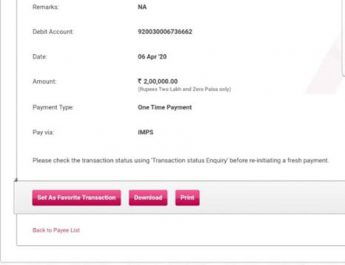 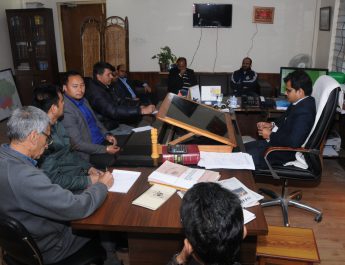 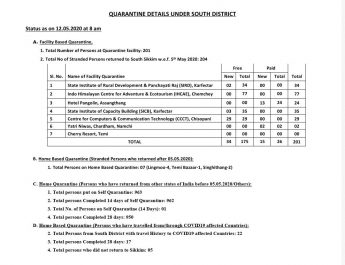 Quarantine details under South District as on 12.5.2020