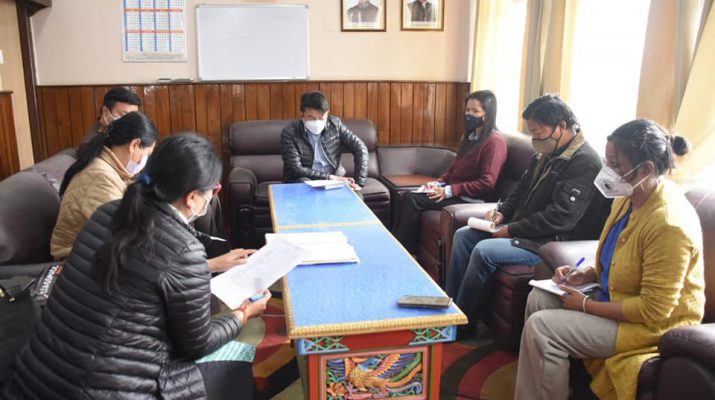 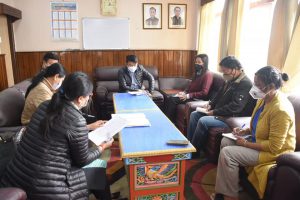 Gyalshing, 8th April (IPR): A meeting of the District Task Force on the status of COVID-19 vaccination in the District was held today in the office of District Collector, West.
The meeting was chaired by the District Collector West, Mr. Karma R. Bonpo alongside Additional Director/Education Department, Mr. K.C. Gyatso, CMO West, Dr. Anusha Lama, CDPO, Mr. H.B. Shankar, DRCHO/West, Dr. Patrika Rai and staff from District Hospital Gyalshing.
In the first phase of the meeting, DC West enquired about the status of the Covid-19 vaccination to date in the district. He suggested that the target should be at least twenty thousand according to the population at the rate of 1500 per day. He said that the vaccination drive should take place in full swing. He directed the Health Officials to give each and every PHCs a weekly target and asked them to make their own strategies to meet the said target. He assured to provide full coordination from SDMs, BDOs’ and Panchayats regarding awareness on massive vaccination drive. He also assured to deploy police personnel for management of crowd at the vaccination site.
With regard to the recent rise in Covid cases, DC West suggested maintaining a strict protocol in every school. He urged to take classes outside the classrooms according to the weather and informed that chances of getting infected in sunlight are low as compared to inside. He reiterated on strict non-mixing of people inside and outside especially at Residential Schools. He stated that looking at the surge of Covid-19, the only thing is to tackle is vaccination.
CMO West informed that District Hospital and PHCs will be conducting vaccination drive six days of week excluding Sunday. She also briefed on the first round of HPV vaccination and RBSK- Haemoglobinometer.
During the meeting, an interactive session was also conducted wherein inputs and feedbacks were shared. 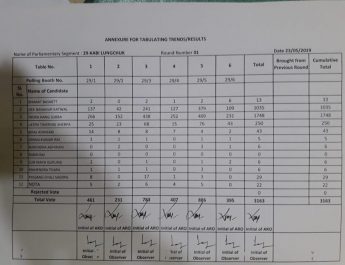 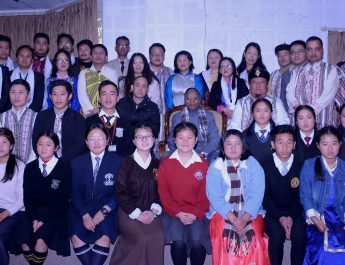 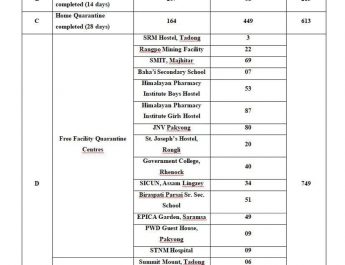