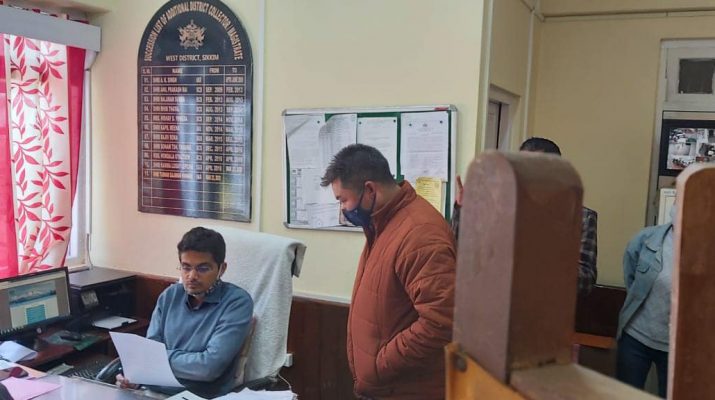 Gyalshing, 3rd March (IPR): The procedure for filing up the nomination formalities and submitting required documents of the candidates to contest the upcoming Municipal Election 2021 started from 1st of March at the Office of the District Collector cum Municipal Electoral Returning Officer (West).
As per the information from ADC West, Shri Agawane Rohan Ramesh (IAS) who is designated as Assistant Returning Officer, no nominations were filed by the candidates on the first and second day of five different Municipal wards of Gyalshing Nagar Panchayat namely 01-Kyongsa, 02-Byadung, 03-Nayabazar, 04-Central Gyalshing and 05-New-Gyalshing.
However, on the third day of filing nomination, Shri Devendra Prasad Sharma as an independent candidate has filed the nomination for 05-New Gyalshing at the office of Assistant Returning Officer, West, today.
It must be mentioned here that the last day of filing the nomination is on 8th March 2021, scrutiny will be done on 9th March 2021 and the date of withdrawal is on 11th March 2021. 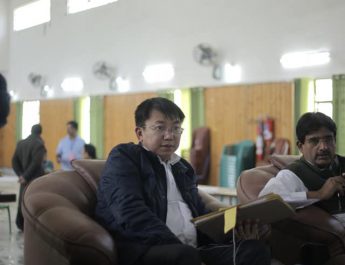 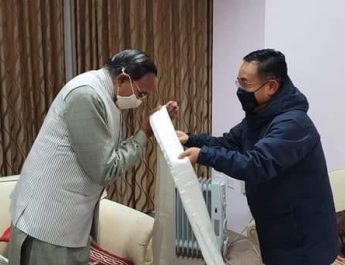