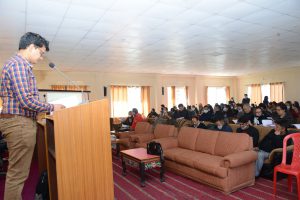 Gangtok, March 3rd (IPR): The three day-long second round of training for Presiding Officers and Polling Officers I of East District for the upcoming Municipal Election 2021 began at Zilla Bhawan, Gangtok today. The training session was facilitated by ADC East cum Assistant Municipal Returning Officer, East Shri Tushar G. Nikhare.
During the training, he briefed me about the roles and duties of Presiding and Polling Officers I and spoke in detail on the activities to be carried out by them during the polling day. He asked them to be vigilant and cautious while conducting an election in their respective polling booths and requested them to go through the mandated handbooks of Presiding Officers thoroughly. He also explained the COVID-19 safety protocols to be followed strictly during the election.
A slide presentation of do’s and dont’s about the polling process, setting up of a Polling Stations, preparation of voting machines before the commencement of polls, verification of electors identity, restricted entry into the polling area, recording of votes, maintenance of secrecy of the vote and other guidelines to be maintained by Presiding and Polling Officers I was also shown. He also elaborated on pre-poll preliminaries and duties during the poll day and the closure of the poll to familiarize them.
In the training, the Electronic Voting Machines were also demonstrated to acquaint them for smooth conduct of the election. The trainee participants were divided into various groups and were asked to perform various scenarios like:-
Setting up of polling stations, conducting a mock poll and actual poll, replacement of machines, challenged vote, tendered vote, close of polls, sealing and putting things in four large packets etc. 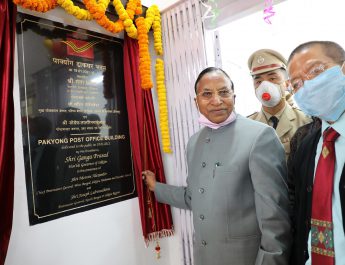 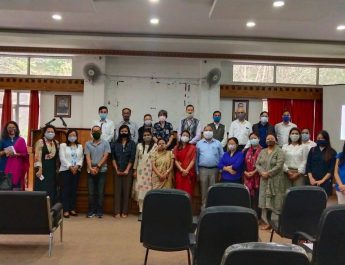 A coordination meeting on Rights of Person with Disabilities Act 2016 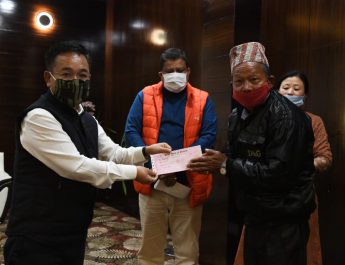 HCM handed over the exgratia cheques of Rs.5 lakhs to the thirteen families of commercial vehicle drivers who lost their lives in road accidents