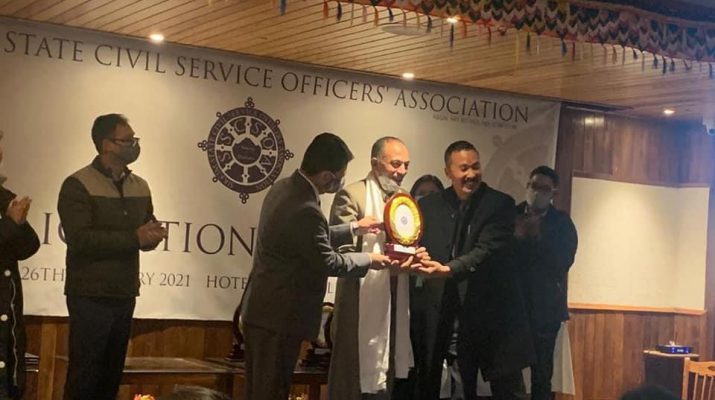 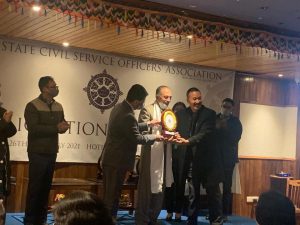 Gangtok, February 26th (IPR): Sikkim State Civil Service Officers Association (SSCSOA) today felicitated 18 retirees along with six newly inducted IAS officers and 17 officials who have been promoted to the rank of Under Secretaries.
It is to be mentioned that Sikkim State Civil Service Officers Association was registered and established in the year 1986 and has been working for the welfare of the State Civil Service (SCS)Officers.
During the felicitation ceremony, President(SSCSOA) Shri, Tshewang Gyachho went on to express his gratitude towards Chief Minister, Shri PS Tamang and the State Government for promoting SCS officers to the post of Special Secretaries, Deputy Secretaries and Under Secretaries.
He further informed that 44 Under Secretaries have been promoted to the post of Deputy Secretaries by the Government but there are still few from the same batch who are yet to be promoted. We are sure and hopeful that all such left-out officers would also be promoted soon, he added.
Further, he stated that the Association of SCS was inactive for a very long time but with the help and support of all the members the Association was revived in the year 2019.
He further mentioned that the executive members were duly elected and selected to the designated post of the Association and have been serving the Association since inception considering the welfare of all SCS officials.
He appealed to all the SCS officials across the State to be part of the Association with the idea of empowering the Association in the days ahead. He also informed that the SSCSOA is planning to institutionalize the best SCS “Officer of the Year” award very soon.
He said” We all are one family and there are many newly promoted officials serving at the Under Secretaries level wherein we feel hand holding of such newly promoted SCS officials from the Inspector, Office Superintendent position by the seniors is a must”.
Furthermore, he appealed to all the officials to be more sincere and dedicated towards their work and serve the welfare and larger interest of the public.
He lastly mentioned that as a servant of the public the officers must be truly devoted to the public and loyal to the Government and added that serving the Government meant serving the public at large.
It was also informed during the ceremony that the Annual General Meeting of the SSCSOA would soon be held at the earliest. 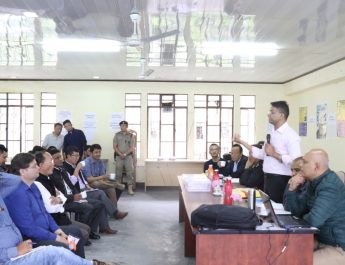 Second round briefing on Counting of Votes to the Officers who have been entrusted with counting task was held at conference hall of District Administrative Centre, Mangan 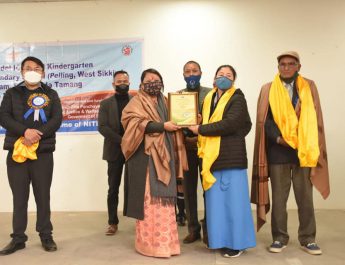 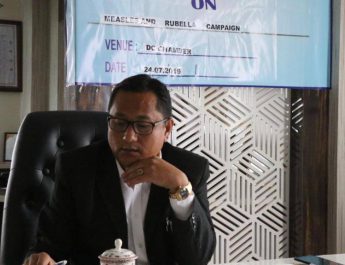