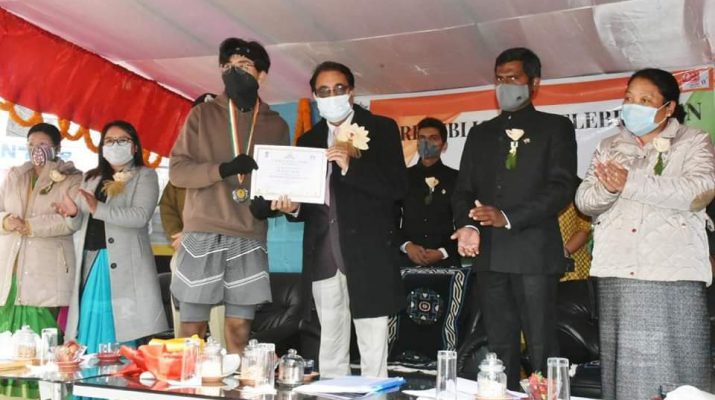 Namchi, 26th January(IPR): As, a part of the 72nd Republic Day celebration South District Sports and Youth Affairs Department organized a cyclothon in co-ordination with the District Administrative Centre in Namchi, today. SP(South) Shri. Thakur Thapa flagged off the event along with officials from the sports department. This open for all competition is themed ‘Fitness Ka Dose Aadha Ghanta Roz’ had the participants covering the route from Central Park to Bhanjyang and vice versa. The first position was bagged by Gyasto Sherpa his time was 47.38. Similarly, the second and the third position was grabbed by Nishandeep Rai and Sabitri Rai they completed the competition with a timing of 48.42 and 49.24, respectively. 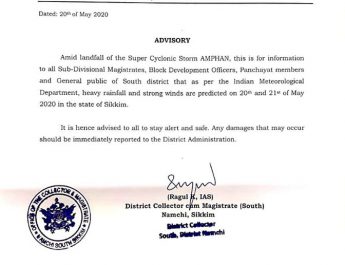