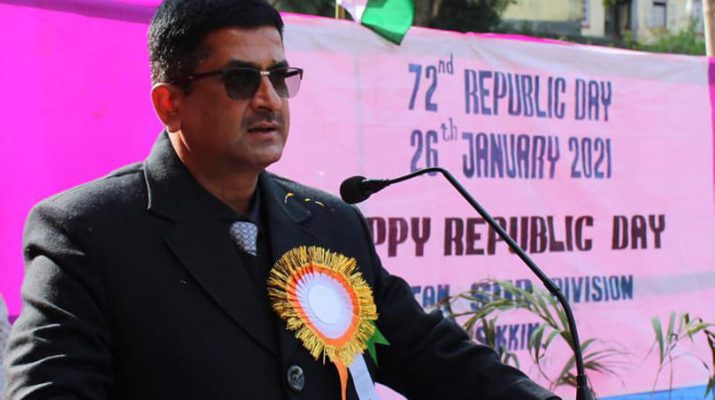 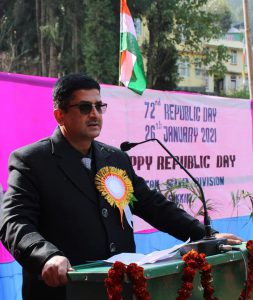 Gyalshing, 26th January (IPR): Along with the rest of the Nation, the 72nd Republic Day celebrated with much patriotic honour and enthusiasm at Dentam Sub Division, West District, today. The Hon’ble Minister for Agriculture, Horticulture, Animal Husbandry and Veterinary Services, IPR and Printing & Stationery Department, Shri Lok Nath Sharma graced the occasion as the Chief Guest and hoisted the tricolour National Flag after receiving the Guard of Honour. The programme also had the presence of Hon’ble Advisor/Education Shri MP Phurumboo.
Minister in his address, marked the day historic for the nation when the constitution of India came into effect on 26th January 1950. Drawing light on the importance of the constitution, Minister said that a society will be progressive, healthy and well-established wherever the constitution is adopted in practice.
He also threw light on various developmental works being taken up in the state and mentioned that the state government has been working tirelessly in different sectors for substantial progress and development of the state. He also touched upon the financial incentives of Rupees 8/ litre of milk initiated by the state government to strengthen the economy of the dairy farmers. Minister also underlined the programme of Development through Credit initiated to benefit the farmers, Scholarship for Higher Education, newly upgraded health facilities, etc.
He also acknowledged the pivotal role of the COVID-19 warriors, accomplished to combat the health crisis. In his concluding remarks, Minister congratulated citizens and extended profound greetings on this occasion.
Earlier, the messages of Hon’ble Governor of Sikkim Shri Ganga Prashad and the Hon’ble Chief Minister of Sikkim Shri Prem Singh Tamang (Golay) were read by the Sub Divisional Magistrate, Dentam, Shri NK Karki and BDO Dentam Shri G. Dorjee Bhutia, respectively 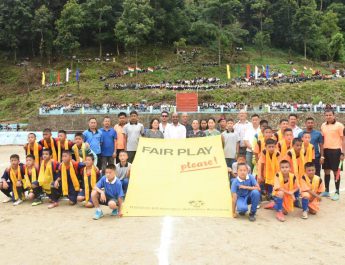 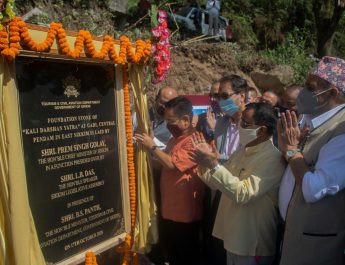