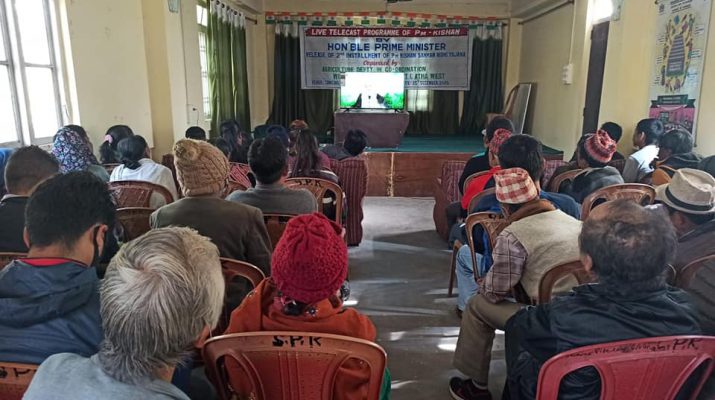 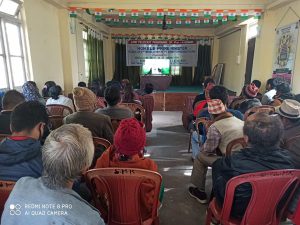 Gyalshing, 25th Dec 2020 (IPR): The live telecast program to witness the virtual release of the second instalment of the farmer-centric scheme, “PM-KISAN Samman Nidhi Yojana” by Hon’ble Prime Minister of India, Shri Narendra Modi was organised by Agriculture and Horticulture Department, West District at the training hall of Krishi Vigyan Kendra (KVK) Gyaba for the Gyalshing Block, today.
It must be mentioned here that the first instalment of the scheme was officially launched by the Hon’ble Prime Minister on 24th February 2019 in Gorakhpur, Uttar Pradesh. Pradhan Mantri Kisan Samman Nidhi (PMKSN) is an initiative of the government of India for farmers to avail up to Rupees Six Thousand per year as minimum income support which would be deposited in the eligible farmer’s bank account directly.
The program was also organised at the Block and Panchayat level of the West District simultaneously by the Department of Agriculture and Horticulture in coordination with the District Collector and Additional District Collector (Dev), West District for the farmers to witness and reap informative benefits out of the scheme to its fullest extent. 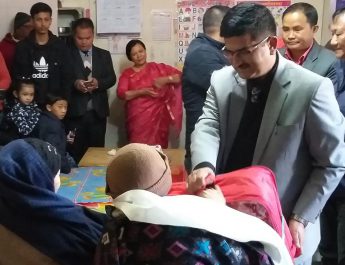 Notification on containment of the following premises