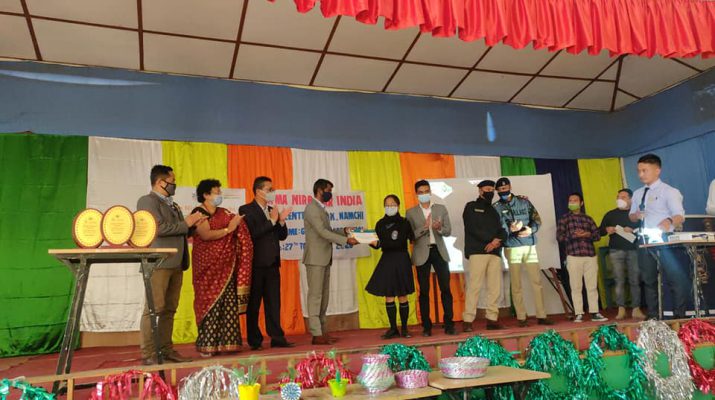 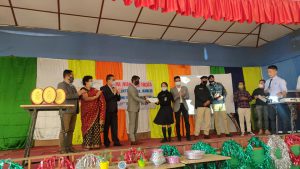 NAMCHI, 1st December (IPR): Under the scheme of “AATMA NIRBHAR INDIA”, a three-day-long event ” ATMA NIRBHAR NAMCHI” was held in Namchi Central Park. A day-long programme in relation to the same event was conducted in the auditorium of Namchi New Secondary School, today.
The programme had a presence of DC South, Shri M. Bharani Kumar as the Chief Guest. He was accompanied by SDM Namchi, Shri Agawane Rohan Ramesh. MEO, Namchi Municipal Council, Shri Lakpa Galypo Sherpa, SHO, Namchi Shri Sameer Pradhan, Principal of all the three participating Schools and other invited Guest.
On the onset of the Programme DC South, Shri M. Bharani Kumar highlighted the objectives of” AATMA NIRBHAR NAMCHI”. He expressed his gratitude towards the Principals of all the participating schools, the nodal teachers and the students who actively participated and supported the District Administration to make the scheme more fruitful. He motivated the students to be more creative in their skills and come up with various innovative ideas in the field of entrepreneurship. He stated that the scheme was to make the students realise their own potential, their creativity to be self-reliant and self-sufficient. He also assured to extend his help to those students who are willing to set up their own business in future.
Bringing into the light, SDM Namchi Shri Agawane Rohan Ramesh also reflected about the idea behind the “AATMA NIRBHAR NAMCHI” He added that the scheme was to make students learn about the values and power of teamwork, basic accounting, maintaining bills for expenses and daily revenue, And above all to maintain healthy competition among each other. He encouraged the students to polish their hidden talents and skills to make themselves successful.
Furthermore, DYC, Shri Muskan Rai highlighted about the morning session programme wherein VOICE in collaboration with DC, South, SDM Namchi, MEO, Namchi Municipal Council, NYK, Namchi had taken an initiative with the scheme of “Clean Village Dream Village” where Workshop on Plastic Waste Management programmes was conducted to develop the skills in managing the plastic waste and to inculcate the values of love and concern toward Mother Nature in the minds of the young generation. He encouraged the young minds to come forward to save Nature and be a part of serenity. He stated that the District Administration will provide technical and high handed support to those who are willing to take part in saving the environment.
Later, Miss Pratiksha Pradhan, Master Ghyamcho Bhutia and Master Basant Rai of Namchi Girls’ Senior Secondary School, Namchi Senior Secondary School and Namchi New Secondary school respectively shared their experience. They extended their gratitude towards the District Administration, Namchi and Nehru Yuva Kendra, Namchi for providing them such kind of platform where they had a huge opportunity of exploring new things and realising about their own talents and potentials.
The Programmes concluded with certificates and prize distributions. The winner was declared based on their profit earned during the three days event. It is to be mentioned here that the initial amount was invested by the student themselves. The prizes were sponsored by local restaurants and cafes of in and around Namchi. The winner for the event was Namchi New Secondary School with the profit of 13,527, Namchi Girls Senior Secondary School and Namchi Senior Secondary School stood Second and Third with the profit of 10,142 and 5,772 respectively. 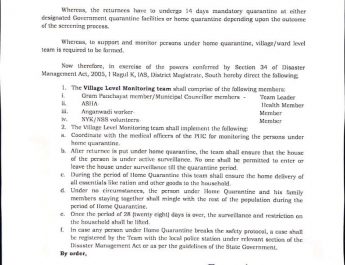 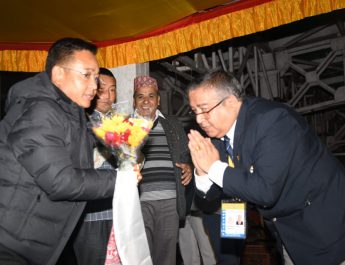