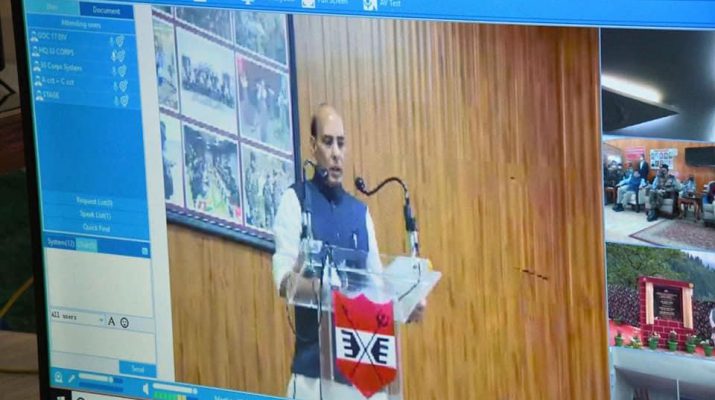 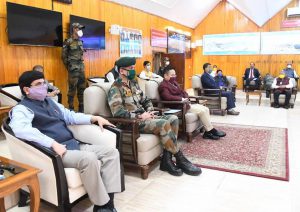 The Hon’ble Defence Minister carried out the e-inauguration of the infrastructure from the Military Headquarters of 33 Corps in Sukna, West Bengal. The scheduled visit of the dignitary to Sikkim today was cancelled due to inclement weather.

The e-inauguration programme was joined by Hon’ble Chief Minister of Sikkim Shri Prem Singh Tamang from the 17 Mountain Division Headquarter at Libing, Gangtok. He was accompanied by Cabinet Ministers, MLAs, Chief Secretary, senior officers of the Army and senior Government officials.

Hon’ble Defence Minister Shri Rajnath Singh in his address said that National Highway 310 connecting Gangtok to Nathu-la is the life line of the people residing in this border region and for the army. He congratulated the Border Roads Organization for completing the important infrastructure and fulfilling the aspirations of the people of the region and the State as a whole. He said that the old highway suffered frequent damages due to persistent landslides which caused disruption in the movement of troops and local people especially during rainy season. With the coming up of this new alternate road, the people will no longer have to suffer, he added. The Hon’ble Minister also said that infrastructures along border areas are being strengthened and most of the roads in the border areas of Sikkim are being upgraded into double lane highways by the BRO. He said that the work for 65-kilometre double lane highway in border areas of East Sikkim is underway, while 55-kilometre road project is in the planning stage. The Hon’ble Minister further informed that the Mangan-Chungthang-Hume Samdong and Chungthang-Lachen-Jima-Muguthang-Nakula double lane highways under Bharat Mala Project will be sanctioned in 9 packages bearing an estimated cost of Rs. 5710 Crore. These roads will be built with the latest techniques and will hugely benefit the people of North Sikkim and increase the military might of the region, he added.

The Hon’ble Union Defence Minister lauded the efforts of the Government of Sikkim led by Hon’ble Chief Minister of Sikkim Shri Prem Singh Tamang, for extending all the required support to the BRO and the Army for the smooth implementation of infrastructure projects in the border areas of the State. He expressed hope that the proactive Government in the State will continue to strive towards social and economic upliftment of the people of Sikkim through timely execution of all work related to infrastructure development.

While congratulating the BRO for completing this important task with finesse, he reaffirmed the commitment of the central government towards an all-out effort and focus on the judicious construction of roads, bridges and tunnels in the border regions of the country to improve connectivity and assist the defence forces and the locals during unforeseen circumstances.

In conclusion, Shri Rajnath Singh extended heartiest greetings to the people of Sikkim on the special occasions of Dushera and Dipawali.

Hon’ble Chief Minister Shri Prem Singh Tamang in his address expressed his gratitude to Hon’ble Union Defence Minister for inaugurating the landmark road infrastructure along JN Road. He said that this new alternate highway will provide a huge relief to the local people and the army. He reiterated that such infrastructural up-gradations will facilitate connectivity and usher pragmatic and productive changes to the overall landscape of the state. He reiterated the commitment of the people of Sikkim towards national security, and added that the Government of Sikkim will continue to support the BRO and the Army in all the border area development programmes. 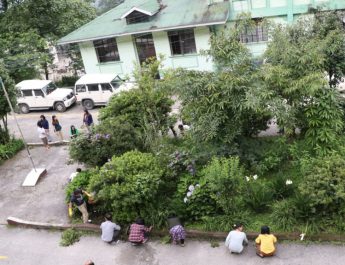 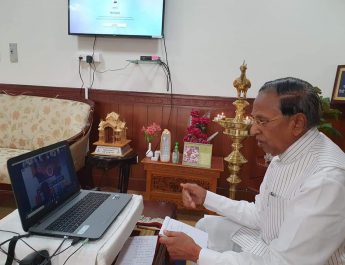 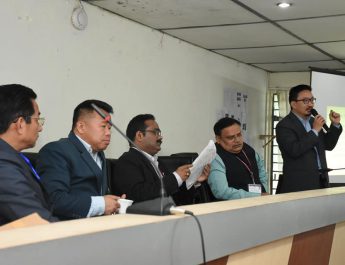