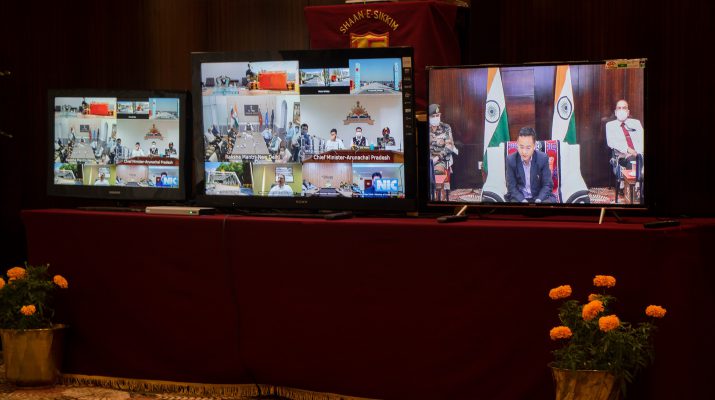 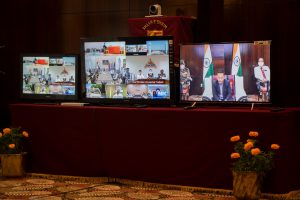 Gangtok, October 12(IPR): Hon’ble Union Defence Minister Shri Rajnath Singh virtually inaugurated forty-three Bridges built by the Border Roads Organisation (BRO) in the border States and Union Territories of Sikkim, Arunachal Pradesh, Himachal Pradesh, Punjab, Uttarakhand, Jammu and Kashmir and Ladakh today.
The bridges were inaugurated on an online event which was attended by the Hon’ble Union Minister of State for DONER Jitendra Singh, Minister of State for Sports and Youth Affairs Shri Kiran Rijiju, Hon’ble Chief Minister of Sikkim Shri Prem Singh Tamang and other Chief Ministers, heads and officials of Seven States and Union Territories along with DG/BRO Lt. General Harpal Singh.
Hon’ble Chief Minister of Sikkim Shri Prem Singh Tamang, Hon’ble Minister for Roads and Bridges Department Shri Samdup Lepcha along with senior officials of the State Government, officials of BRO, GREF and other officials joined the live video from Samman Bhawan.
From the forty three bridges built by the BRO, Siyam khola, Ringchu Khola, B 5 and Khumdum Khola were the four bridges inaugurated in Sikkim.
The Hon’ble Chief Minister Shri Prem Singh Tamang in his address at the inaugural function placed forward the gratitude of the Sikkimese people for being presented with this milestone of four bridges in the State. He conveyed heartfelt greetings on behalf of the Sikkimese to all on this momentous occasion and thanked the Government of India, along with the Border Roads Organization. He expressed happiness that the Hon’ble Defence Minister has dedicated forty three permanent bridges to the country and also laid the foundation stone of the Nechiphu tunnel in Arunachal Pradesh.
The Chief Minister stated that under the leadership of Hon’ble Prime Minister Shri Narendra Modi, all the essential needs of the Army in the country are being strengthened. He also expressed his gratitude to the Central Government for developing the projects in the border areas.
He informed that due to the hilly terrain in the border areas of Sikkim, landslides and other natural calamities are common. Keeping this situation and the security of the country in mind, the bridges will play an important role in transporting the essential materials and connecting the remote areas thereby benefitting the villagers. Because of Sikkim being located in the mountainous region of the Himalayas, road plays an important role in connecting remote areas. He appreciated the fact that Border Roads Organization has played an incredible role in the development, maintenance and construction of national highways and other roadways in the state of Sikkim. With better connectivity, tourism related activities will increase and it will have a good effect on the socio-economic development of the region remarked the Chief Minister.
The Chief Minister communicated that plans are also being made for connectivity in the border region of North Sikkim and the use of the latest technology in road construction in areas such as tunnel, slope stabilization, bridge construction and the avalanche is being done which will have a far-reaching effect in improving connectivity.
The Chief Minister praised the employees of GREF for their selfless service for keeping the roads open during the monsoon and winter seasons. He also congratulated Director General of Border Roads Organization Lieutenant General Harpal Singh for the excellent work being done by the jawans and officers of the Swastik Project under his leadership and expressed positivity that they would always live up to the expectations of the people of Sikkim as well as of the country.
In conclusion, the Chief Minister said that he is filled with gratitude to witness the inauguration of the permanent bridges within Sikkim, this important work will definitely facilitate connectivity and bring positive changes in the socio-economic fabric of the state. 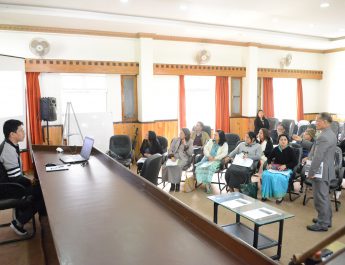 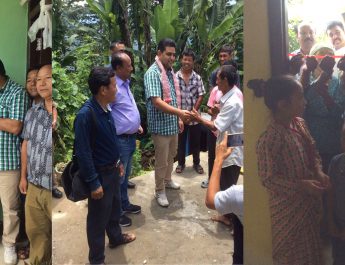