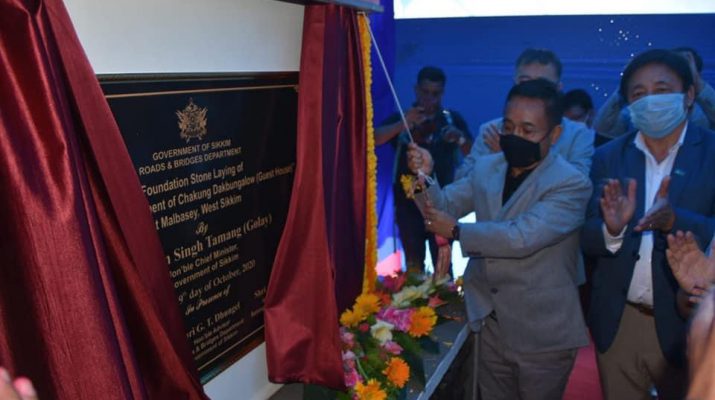 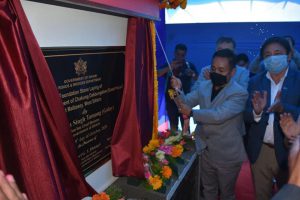 Addressing the gathering, Hon’ble Chief Minister expressed his gratitude for the success of the program. He announced and extended his deepest condolences to the Union Minister Shri Ram Vilas Paswan who passed away yesterday. He recalled the strong bonding and affinity they used to share between them.

The Chief Minister also stated that the State Government has been continuously working to tackle the COVID-19 situation in Sikkim. However, the only way of staying safe and secure is the proper use of masks, sanitisers, proper hygiene and maintenance of social distancing.

While speaking on the State Government’s policies ,the Chief Minister mentioned about the increasing infection of kidney and cancer patients in the state and informed cancer hospital is being establishing at Karfectar, Jorethang South Sikkim with world class cancer hospital having latest technology and well equipped. He also mentioned about the enhancement of old age pension by the present government. He assured to provide full infrastructure to Chakung Science College which will fall under centre of excellence with the financial approval of Rupees 365 crores (Three hundred sixty five crores). He stated that the tender work of Chumbung BAC has been done by the Government. The Chief Minister also mentioned about the production incentives for those who produces more agriculture product. Futher he suggested for bamboo farming to those who are looking for loan. He also discussed on 35% subsidy on loan. He Informed about the Chief Minister Merit Scholarship for the students upto the Graduation level.

The Chief Minister further informed that 30 dialysis machines has been installed within Sikkim.He also highlighted about the mobile village clinic to each village with well equipped vehicles and availability of all kinds of medicines. He stressed on internet facilities within Sikkim with independent BSNL administrative centre, which covers each and every centre.

Addressing the gathering, Hon’ble Minister Shri Samdup Lepcha congratulated the Chief Minister for the success of the program. He assured that the government will lend all possible support for the project.He stressed that the government is fully committed for the development of the state and is vigorously working on it.

Secretary, Roads & Bridges Department T.P Shangderpa gave a short presentation on Technical report on infrastructure of new Dakbungalow that is going to be established at Malbasey, West Sikkim.He highlighted the proposed complex comprised of several components.

The program concluded with the vote of thanks from Shri H.S Sharma, Chief Engineer, Roads & Bridges Department.