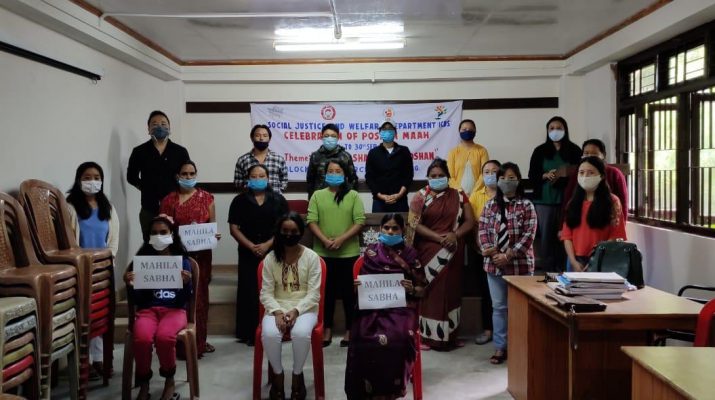 Mangan, September 08 (IPR): Focussing upon the celebration of Poshan Maah from 1st to 30th September, today on 8th September, Panchayats of Singhik-Sentam GPU was given sensitization about Poshan Abhiyan and the critical role of panchayats to ensure the success of the campaign and to monitor and review nutritional status of children at Gram level. The programme also hosted an open discussion on various ways to make a malnutrition free GPU. They were also highlighted about various women-centric schemes and how Mahila Shakti Kendra Scheme plays a key role in availing the facilities to the women.
A Mahila Sabha was also held during the day with a discussion on:
– The importance of first 1000 days of a child, KMC, exclusive breastfeeding till 6 months, timely introduction of complementary feeding, personal hygiene and various women-centric schemes.
– Developmental opportunities for children and services to be provided by various functionaries at the village level.
– Severe acute malnutrition (SAM)and Moderate acute malnutrition (MAM) children were discussed in detail and it was decided that the panchayats would form a committee to monitor severely malnourished children at Ward and Gram level.
– Development of Nutri Garden at every household. It was decided that women groups will be formed at the ward level to monitor the same. It was also decided that these women will Volunteer to develop Nutri garden in the Anganwadi centre as well.
– Women have addressed that Domestic violence and lack of education result in the weak bargaining power of women relative to their male partners and to other household members which adversely impacts the nutritional status of women and their children.
– Discussion on a severely malnourished child at Kazore was held and Icds team along ward panchayats have decided to make a joint visit and counsel. women groups have also decided to volunteer and assist in preparing a low-cost recipe for the malnourished child and a monitoring committee will be set up at ward level.
– Providing nutrition-related education for all.
The programme was organised by CDPO, Chungthang in coordination with Panchayat president, Singhik sentam GPU, Women welfare officer (MSK) North was also present as guest speaker. 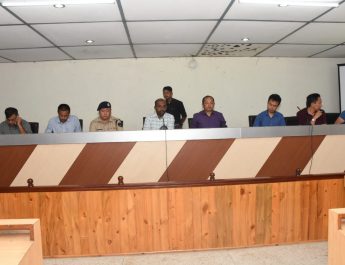 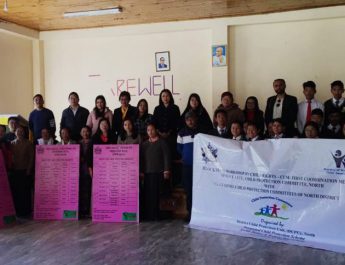 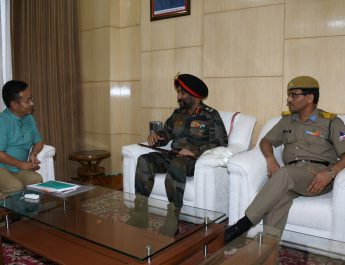