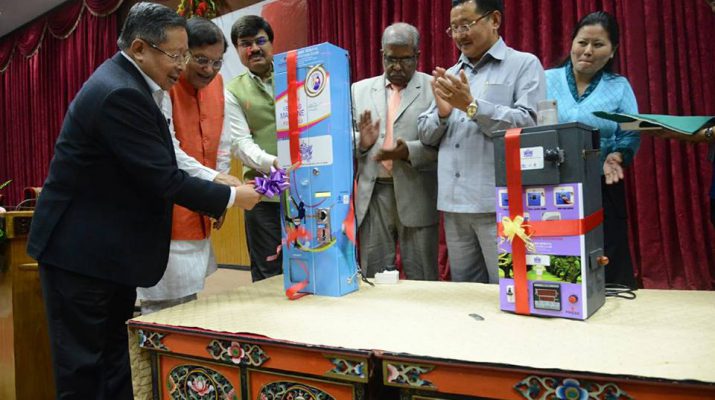 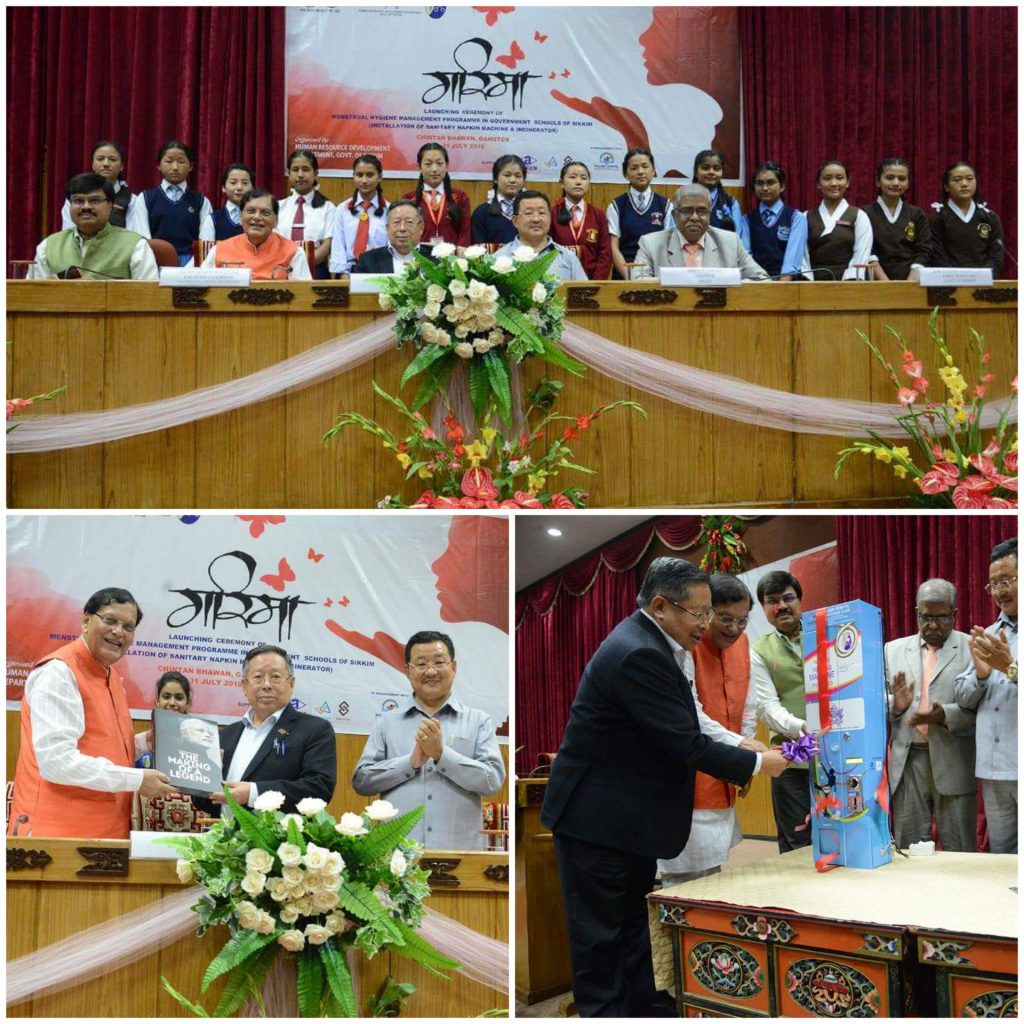 Mr. Upadhaya delivered the welcome address after students from Tadong Senior Secondary School performed a welcome group song. In his speech, he welcomed everyone especially Dr. Pathak and spoke concisely on the importance of hygiene and sanitation.

HRDD Minister, Mr. Subba, in his note, welcomed Dr. Pathak and expressed his gratitude stating that to have a renowned sociologist like him among our people especially the students was a blessing in itself. He then explained that GARIMA is a project that provides a dignified way of dealing with an essential biological process occurring every month with adolescent girls. He said that it empowers them to live a normal life and attend schools and participate in activities during that period. The project has also been found to have a very positive impact on empowering and improving the self-confidence of the girls as well as improving their attendance in school.

He informed that GARIMA is funded under CSR contribution from Alkem Laboratories, Canara Bank and Sibin group. He thanked the representatives of these organizations for their contribution and support. He ended his note expressing his satisfaction with the result and the progress of the project and said that he hoped the hygiene and cleanliness would continue improving.

Chief Secretary, Mr. Srivasatava, said it was an honour to meet Dr. Pathak and welcomed the Padma Bushan recipient with a standing ovation from the gathering in the hall. He spoke on the importance of sanitation citing examples from his personal life. He praised Dr. Pathak for his work and contribution and informed all about the various recognitions that he had received for his work- from Pope John Paul II in 1992 to HRH Prince Carl Philip of Sweden who awarded the 2009 Stockholm Water Prize to him and the Mayor of New York City, Mr Bill Blasio proclaimed April 14 2016 as “DR. BINDESHWAR PATHAK DAY” in the city of New York.

Mr. Srivasatav asked the students to take serious note and to make the best of the opportunity given and to take examples from Dr. Pathak’s life and his ways.

Dr. Bindeshwar Pathak praised Sikkim for maintaining a pure environment and keeping the region clean. He said that Sikkim was definitely one of the most environmentally conscious places that he has ever visited. He stated that other States and places have a lot to learn from Sikkim. He said that to tackle every problem in life, he believed in non-violence like Mahatma Gandhi and urged the students to follow the same path.

He spoke with experience and wisdom when he said that it was every individual’s duty to work towards building a society that was tolerant, accepting and environmentally conscious. He reminded the students that it was important to train your mind and body to lead a disciplined life. He advised them to be selfless and to help one another for it was the path to success.

Earlier, in the programme, a short film and a song on cleanliness and awareness on hygiene and sanitation by Sulabh International was screened for all. Three students, Pema Rinchen Bhutia from Gyalshing Senior Secondary School, Tanushree Adhikari from Jorethang Senior Secondary School and Pranita Chettri, coordinator of Sanitation Club spoke on her foreign tour to South Africa, the vending machines installed in schools and the role of coordinator respectively.

Ms. Tshering Yangzom, a teacher from Deorali Girls Senior Secondary School, also spoke on the role of a teacher as a coordinator in implementing rules on health and sanitation in school. The Sanitation Club of Sikkim and Delhi were felicitated and Mr. Upadhaya presented mementos and souvenirs to the chief guest and the guest of honour. 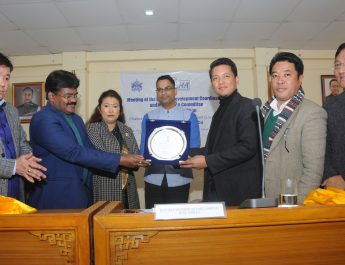 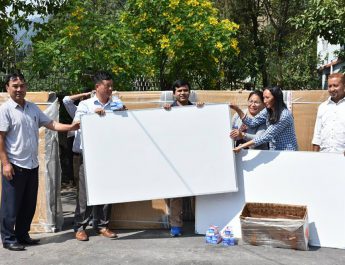 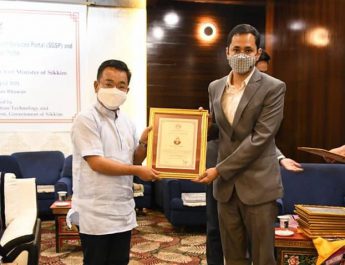