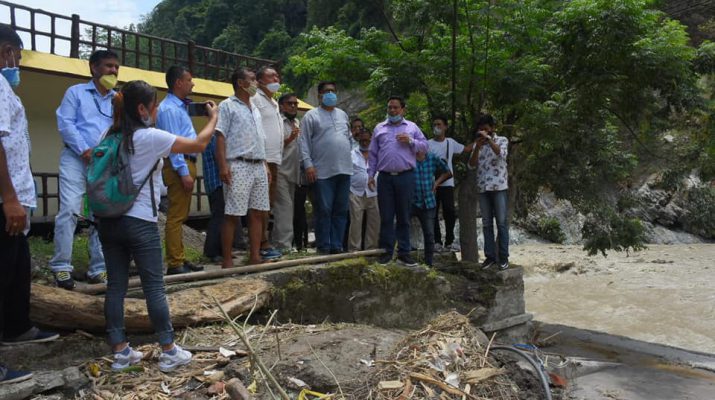 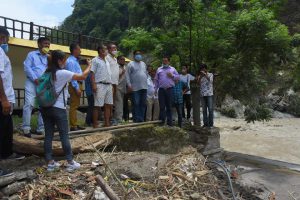 The visiting team inspected the damaged premises along the riverside and erosion-hit surrounding, extensively. Thereafter, a brief session was held wherein Minister Sharma discussed for the protection of the affected site and its renovation work to be taken up in the near future. He also extended financial support of Rs. 30,000/- ( Thirty Thousand) to the Mandir Committee for immediate relief. He has assured to extend all possible supports from the government’s end for the restoration of Kirateswar Mandir and protection of residential settlements. He also advised the Mandir Committee to coordinate the concerned District Collector for repairing work on a priority basis. He also informed that the District Collector will submit an assessment report of the affected site to the Hon’ble Chief Minister for his directives for further course of action.

Minister also directed Rangit Power Station NHPC for the construction of a protective wall at the foundation site of Mandir Bridge. 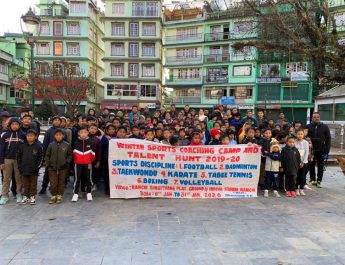 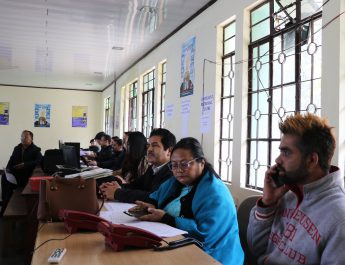 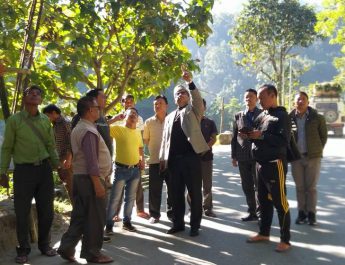