Gangtok, July 22: The Sikkim Distilleries Ltd. (SDL) factory premises and the quarters of the employees has been declared as a containment zone on 19th July 2020 after a few cases of COVID-19 were detected among the employees of the plant.

The said area was declared as a containment zone to prevent it from becoming a probable hotspot of COVID-19 since many employees were working in close proximity in the said plant and there were high chances of spreading of the disease. Similarly, the area where the quarters of SDL employees is situated has also been declared as containment zone to prevent any spread of the disease in the area. Strict perimeter control has been imposed in the containment zones and Police personnel have been deployed to regulate the movement of persons and vehicles to and from the containment zones. Only persons/vehicles engaged in essential services and medical emergencies shall be allowed.

The contact tracing of all primary, secondary and high-risk contacts are being done by the medical team and the samples of all such contacts shall be taken after line listing as per the Health Department protocol.

Following the tests conducted on 20th July 2020 and 21st July 2020 at Central Pendam GPU of the contacts of the employees of SDL, a total of 13 positive cases have been detected in four wards of Central Pendam GPU and one ward of Budang Kamarey GPU. The Health Department officials have counselled all the contacts of the positive cases to strictly remain under home quarantine and have scheduled their tests after seven days of exposure as per the protocol of the Health Department. The health team is tracing all contacts and testing all, therefore all people are requested not to panic and in hurry for testing. In one go administration cannot do testing as per protocol.
Further, all houses of positive cases are in scattered, therefore no need to declare the said area as containment zone. East District administration with the coordination of concerned BDO is carrying the disinfection, transportation of people and supply of essential commodities in these areas. 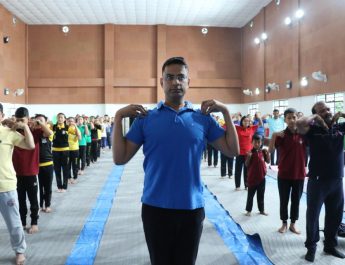 The following residential buildings have been denotified as containment zone