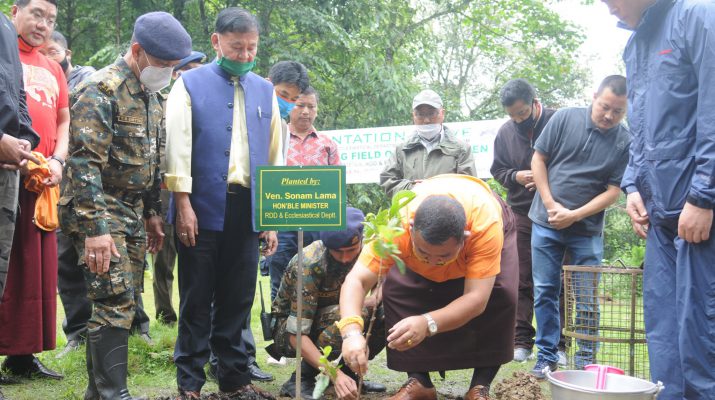 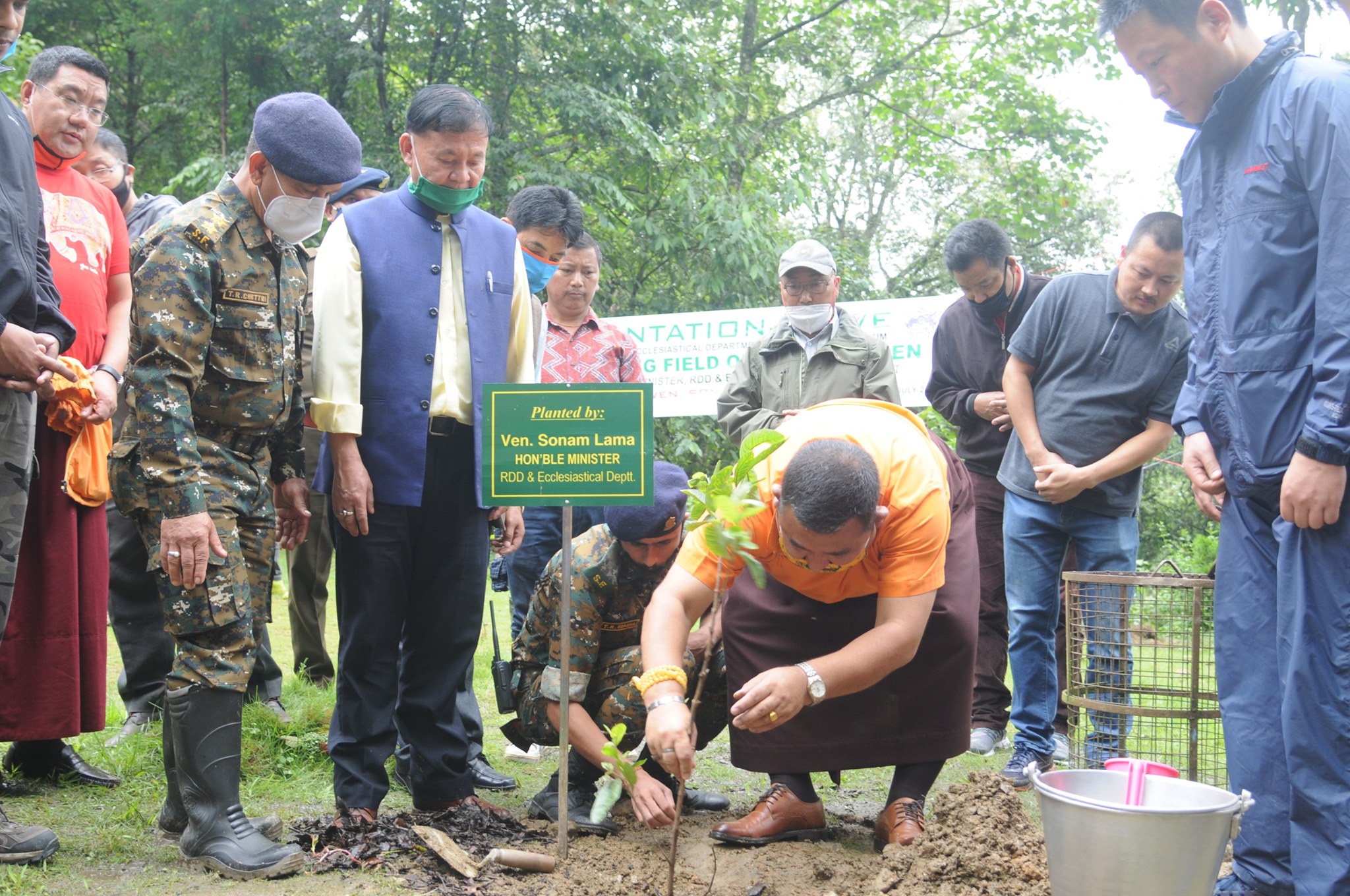 The plantation drive was carried out for the purpose of setting up of Fruit Garden in the premises of Deorali Chorten.

While presenting a brief address, the Hon’ble Minister Shri Sonam Lama mentioned that the plantation drive was carried out in view of the recent announcement made by the State government during the World Environment Day celebration to plant 1000 each sapling in all constituencies of the state to further preserve and promote the environment and foster a responsible culture towards nature.

He further informed that as per the vision of the State Government to increase the green cover, the Ecclesiastical Department in coordination with the Forest Department will simultaneously conduct plantation drives in all the religious places in the State.

During the occasion, the Hon’ble Minister planted a sapling of Guava. The monks from the Sheda, officials and staff from the Ecclesiastical and Forest Department along with volunteers and local public actively participated in the plantation drive and planted saplings at designated spots in and around the Sheda premises.

Around 100 saplings of Avocado and Guava provided by the Forest Department were planted during the plantation drive. 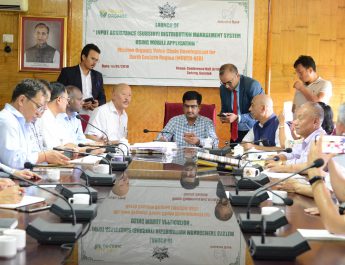 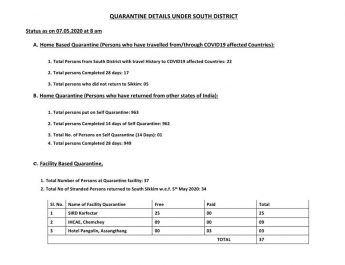