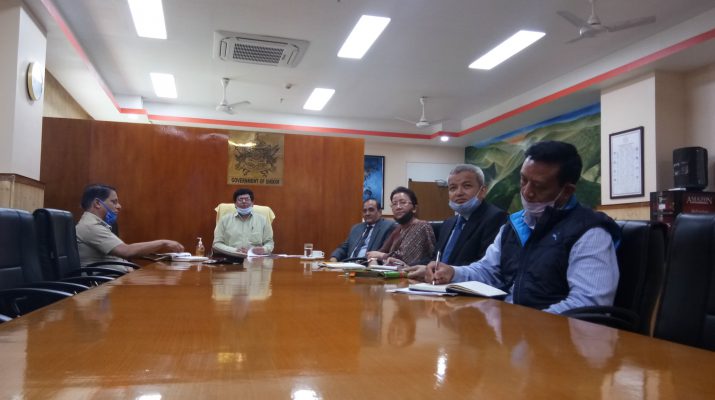 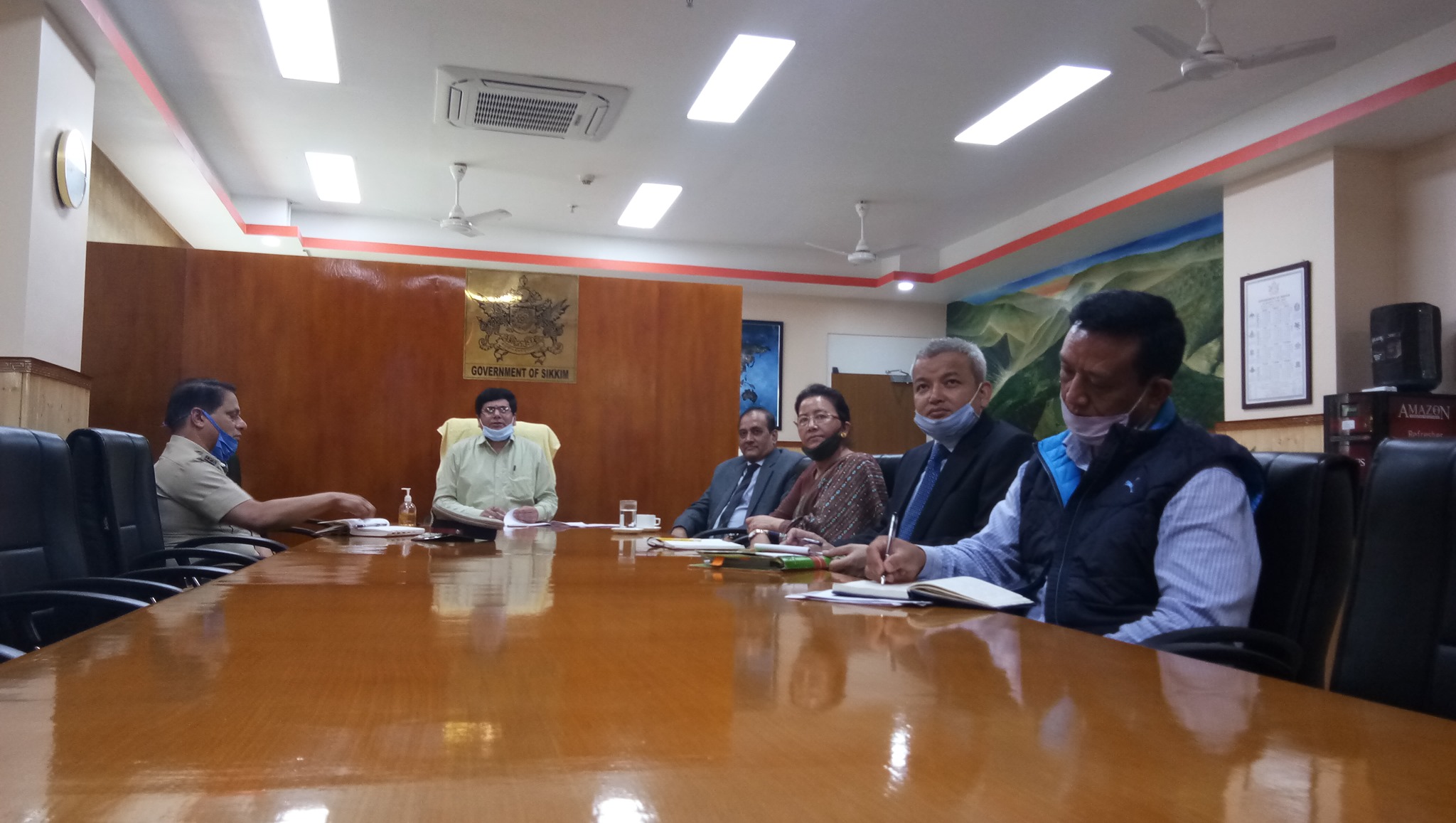 The meeting was attended by members of the State Level Task Force and was joined by all District Collectors through video conference.

At the outset, the Chief Secretary informed that the fresh guidelines 2.0 on phased re-opening (unlocking) of activities issued recently is enforced from1st July to 31st July 2020 in the State of Sikkim. He directed the officials for strict enforcement of the new guidelines.

The new guidelines were discussed in detail during the meeting, and specific directives issued.

The Chief Secretary also said that it is mandatory for the returnees to get prior registration on covid-19sikkim.org and undergo compulsory quarantine as per the Health Department protocol.

The Chief Secretary reiterated that all the Government offices will now function with 50% of staff strength to ensure that all-important works are attended to.

Thereafter, the Chief Secretary also convened a meeting with the Heads of various departments to prepare a comprehensive report on the damages caused due to natural calamities in the State. The meeting also had the presence of Additional Chief Secretary, Finance, Shri V.B. Pathak and DGP Shri A.Shankar Rao and heads of departments.

During the meeting, the Chief Secretary made an assessment of various places which have been severely damaged by the recent flash floods and landslides triggered by the incessant rainfall in the State. He also asked the concerned officers to identify the vulnerable and affected areas which needed immediate attention like Adarshgaon in Singtam, Tsong and Salley villages in West District, Passingdang, Bay, Shipgyer and Mangan in North District.

He directed the District Collector North to identify a safe place to shift approximately 35 to 40 households of Passingdang village in North District which has been severely damaged by the flash flood as the village is still in a vulnerable condition. The Chief Secretary also directed DC North for re-location of the people in Bay and Shipgyer which are prone to natural calamities.

A thorough discussion on department wise plans and proposals on assessment and mitigation of natural calamities were also discussed during the meeting. 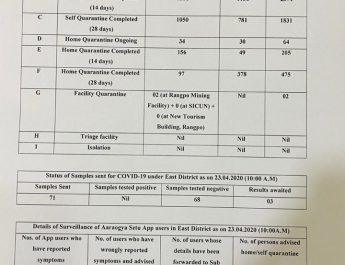 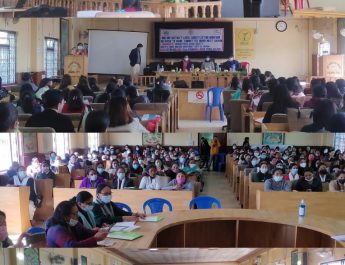