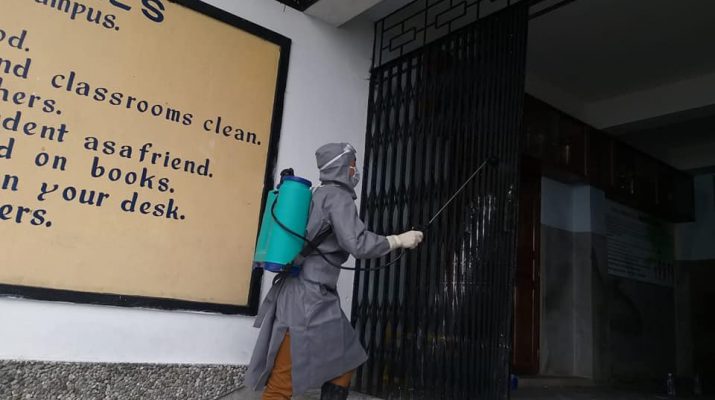 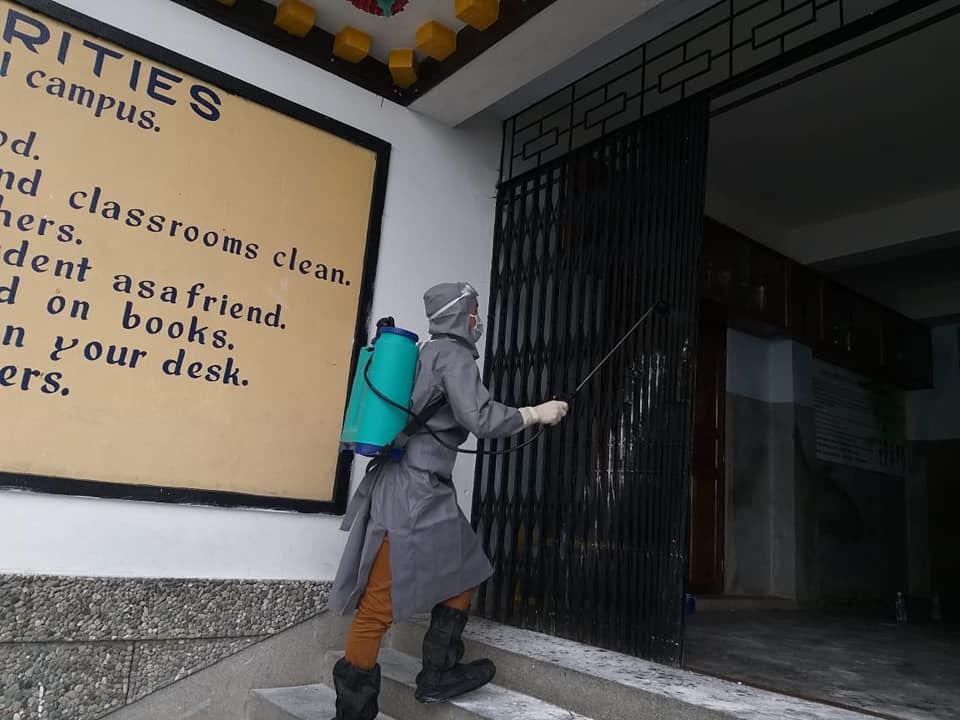 Soreng, 24.6.2020: The Don Bosco School, Malbasey which had housed 47 inmates for facility quarantine was fully sanitized as per the given protocol of COVID19 prevention and handed over to the School Administration today.

In the programme, the SDM thanked the Principal and the Don Bosco family for actively providing their School infrastructure for Facility Quarantine at the time of utmost need when there was a big rush of returnees to West District.

He further thanked the Honb’le Area MLA, Aditya Golay(Tamang) for his support and personal presence during the quarantine. He also thanked the Panchayat Malbasey Ward, Bishal Basnet for his support. He also thanked Binod Basnet and his volunteer team of Soreng Chakung for lending their helping hand in catering and other management. He also thanked BDO Soreng, Sabina Limboo and her BAC Team, the In-charge and LO of Don Bosco Quarantine Facility, UDHD, Power & Energy, PHED, all NGOs / SHGs who sponsored lunch, Sri Satya Sai Samiti and everyone involved.

It may be mentioned that no COVID19 positive cases were reported from Don Bosco Facility and the now the District Magistrate- West, Karma R. Bonpo(IAS) has denotified Don Bosco School as a facility quarantine centre and now the School will be fully available for its academic activities for students, occupation by boarders and ensuing examinations.

The West District administration has now declared the School safe for its further activities as the Centre has fully sanitized as per required protocol. 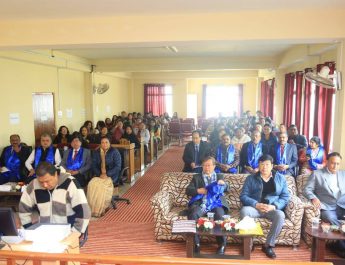 One day workshop on ” Livestock and Poultry Management and Production” 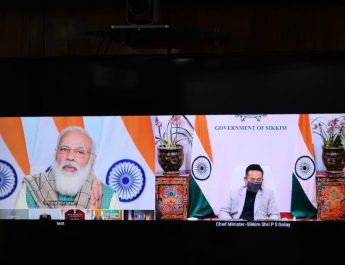 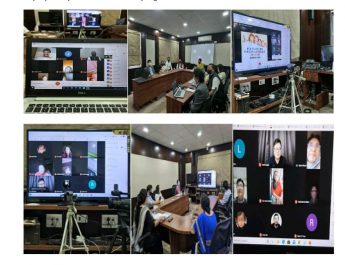