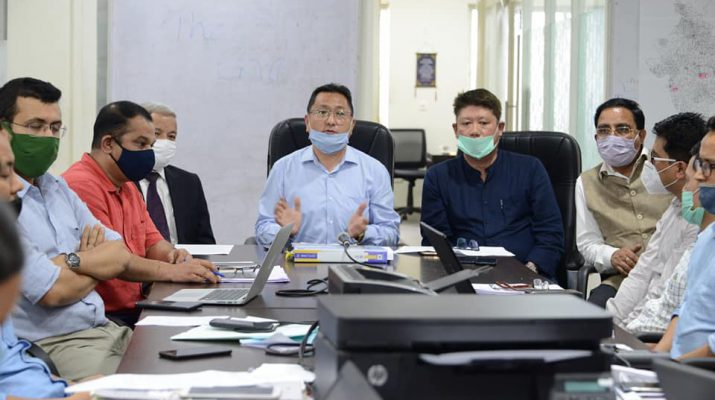 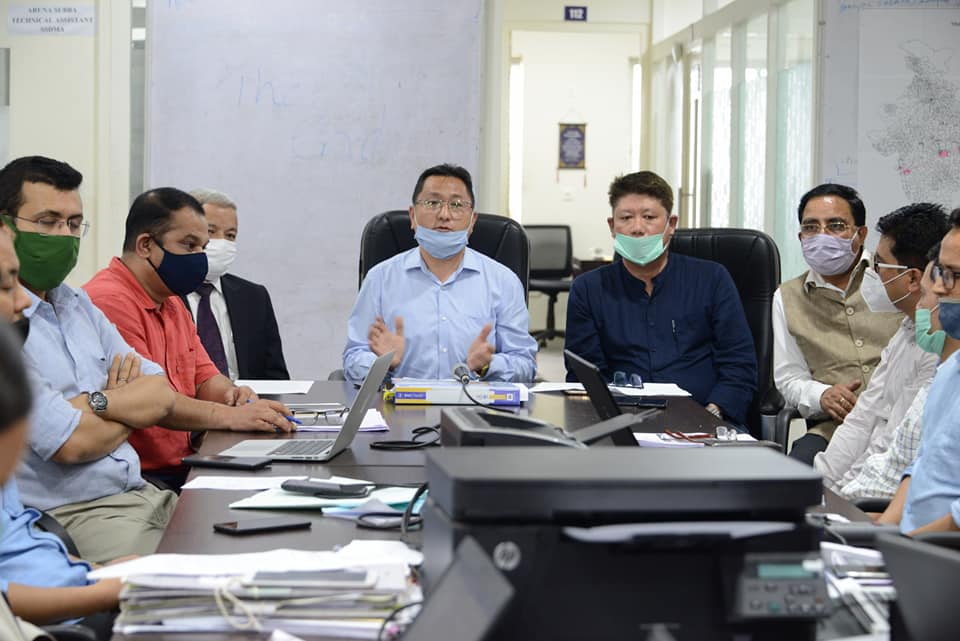 Gangtok, June 10: (IPR) After carrying out the herculean task of evacuating stranded Sikkimese people from various parts of the country, organised evacuation is now in its final phase.

Commencing on 1st of May, 2020, the State Evacuation/Coordination Cell comprising of an efficient team of officers and staff of the State Government successfully carried out the evacuation drive.

Till date, the Evacuation Cell has received 11831 registrations while 6332 people have been evacuated from different parts of the country through various means of transportation.
Very few Sikkimese people are now stranded outside the State. The number of people returning to the State every day has come down drastically, it was informed.

From 18th June onwards, most of the free quarantine centres will be closed and those who wish to return to Sikkim will have to opt for paid quarantine facility.

It was informed that the Evacuation Cell will gradually hand over the evacuation data to the Information Technology Department, Government of Sikkim, which will maintain the database.

It was further informed that for people who will return to the State after 18th June, scheduled bus services will be available from SNT Siliguri. From there, the buses will drop them to Rangpo and Melli Screening Centres, from where they will be sent to designated quarantine centres on their own expenses.

Secretary Coordination Shri Rinzing Chewang Bhutia on behalf of the State Evacuation Cell expressed his gratitude to the Hon’ble Chief Minister of Sikkim, Shri Prem Singh Tamang and the Cabinet Ministers, for entrusting the Cell with the task of facilitating the return of Sikkimese people to their home State. He thanked the Chief Secretary, Government of Sikkim Shri S.C. Gupta for his guidance and support throughout. He also thanked the Resident Commissioner, Sikkim House New Delhi, officials in Kolkata, Guwahati and Siliguri for their coordinated efforts, and all the frontline workers, officials from State Government departments within and outside the State for their continuous service during the pandemic. 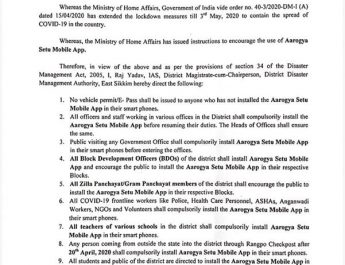 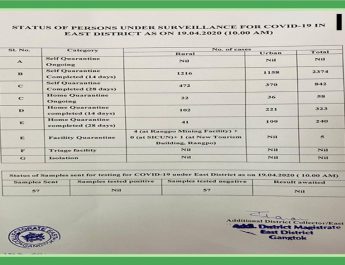