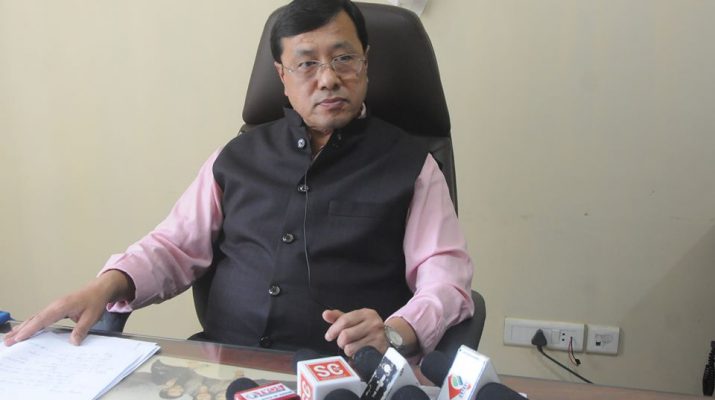 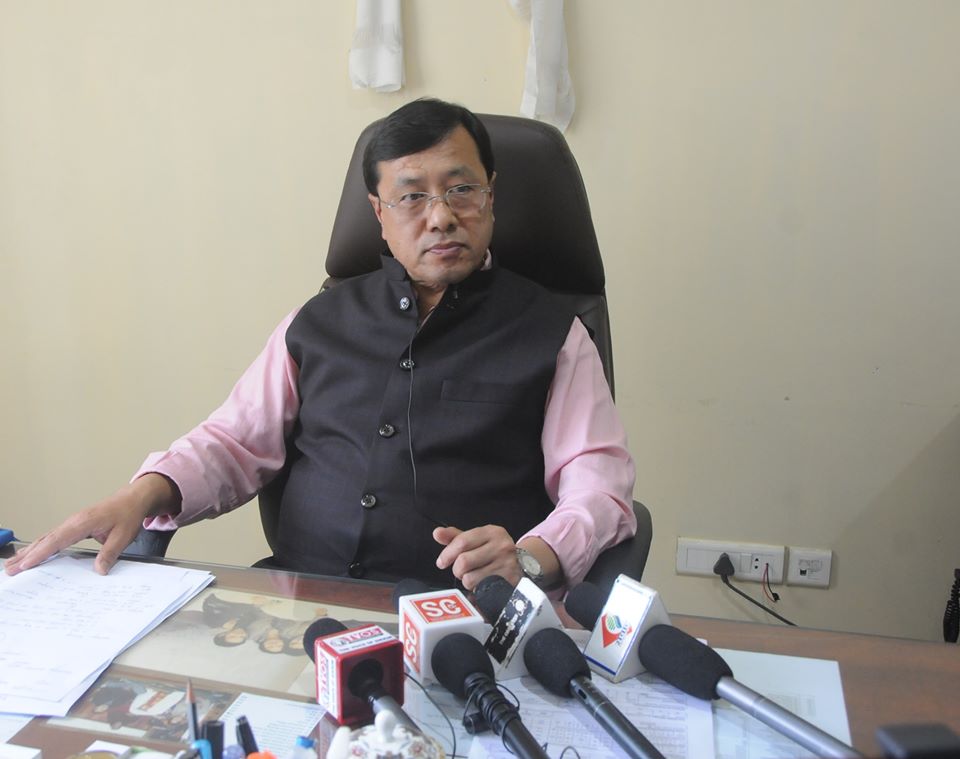 Gangtok, June 9 (IPR): Director General-cum-Secretary, Health, Dr. Pempa T. Bhutia convened a press conference to share the details of the six new cases of COVID-19 in the State, and other related issues at his chamber today.

The DG-cum-Secretary shared that with the six numbers of positive cases, the total tally of active COVID-19 cases in the State stands at 10. He informed that the six persons were immediately shifted to the isolation ward of STNM Hospital on the night of 8th June, 2020.

As per the information provided by Dr. Bhutia, out of the 6 new positive cases of COVID-19, one was reported to be a 28 years old female from Rhenock, housed at the facility quarantine centre at Himalayan Pharmacy Institute Girls Hostel, Majhitar, who had travelled to Sikkim from Siliguri on 27th May, where she had reportedly stayed for two months. Dr. Bhutia informed that all the 10 persons who had travelled with her on the bus have tested negative. The driver will be tested today. Likewise, all the 35 persons in the quarantine centre have tested negative, while 4 persons out of 9 additional people who checked in a few days back are being tested today, and remaining 5 persons will be tested when they complete their 5th day of quarantine. He informed that HPI Girls Hostel quarantine centre has now been converted into a containment area. A repeat test will be performed for all the persons before they complete their 14 days prescribed term, following which a decision of sending them for home quarantine will be made.

Likewise, the second person who tested positive for COVID-19 was an 18 years old female from Ravangla, who had been lodged in the facility quarantine centre at CCCT, Chisopani, South Sikkim. She had travelled to Sikkim from Chennai on the 30th of May, and had entered the State through Melli Check post. He informed that all the primary contacts have been traced and are being tested for COVID-19. He further informed that CCCT quarantine centre has been converted into a containment zone and a repeat test will be performed on all the persons, based on the results of which, further decision would be taken.

The remaining four positive cases of COVID-19 have been reported from Kyongsa facility quarantine centre in West Sikkim. Out of the four persons, two are a married couple of age 33 and 44 years respectively, and hail from Gelling in West Sikkim. They had travelled from Chandighar to Siliguri, via UP and Delhi. From Siliguri, they had travelled to the facility quarantine via Melli Check post in a bus. All the primary contacts of the couple have been traced and are being tested.

Likewise, another person who tested positive was a 23 years old male from Yuksom, West Sikkim. He had travelled from Siliguri and had been lodged in the facility quarantine centre at Kyongsa. The last person to test positive for COVID-19 is a 42 years old female from Tharpu in West Sikkim. She had travelled from Siliguri in a bus. It was informed that all the primary contacts have been tested.

Speaking on the cases of the two females from Denchung and Kamrang in South Sikkim who were initially reported positive as per the ICMR portal, the DG-cum-Secretary explained that the two returnees had been discharged from the facility quarantine after completion of 14 days of facility quarantine, duly following all prescribed norms and guidelines. The report of their samples which had been sent to North Bengal Medical College and Hospital, Siliguri, on 25th of May, was still pending by the time they were discharged from facility quarantine and sent for home quarantine, after being thoroughly checked and found to be asymptomatic. Subsequently, the IDSP (Surveillance) Authorities in the Health and Family Welfare Department, Government of Sikkim, were vigilant enough to notice the names and registration numbers of the two persons in the ICMR Portal where they were reported to be COVID-19 positive. The Health authorities took serious note of this ambiguity on the part of North Bengal Medical College and Hospital of not reporting the two cases to the concerned authorities in the Health Department (through email) which was the normal procedure being followed.

Keeping in view the uncertainty, samples of the two persons were again tested in the VRD Laboratory in STNM Hospital. On the 8th of June, it was officially reported that the results of the two samples and one more sample of an admitted patient came out to be negative.

Dr. Bhutia, however, informed that no samples have been sent to NBMCH, Siliguri, since the 28th of May, 2020. He said that all tests are being conducted in the State VRD Laboratory and through the True Nat Machine, both in STNM Hospital, Sochakgang.

Responding to questions about the logistic and medical preparedness of the State, Dr. Bhutia informed that the State Government is fully prepared to tackle the rising cases of COVID-19. He shared that the STNM Hospital has 266 beds for COVID-19 related treatment and care. He added that if the need arises, additional arrangements can be made by extending the facility to other departments within the hospital. He further informed that the new Isolation Ward below the main hospital building is being prepared with the exact specifications and requirements for COVID-19 related care and treatment. Once it is ready, it will be the exclusive COVID-19 Hospital and the main hospital will continue to cater to all other treatment and care.

The DG-cum-Secretary also informed that all the facility quarantine centres in the State have adequate space and are equipped to cater to the returnees. He said that the number of returnees have drastically come down, thus reducing the pressure on the quarantine centres. 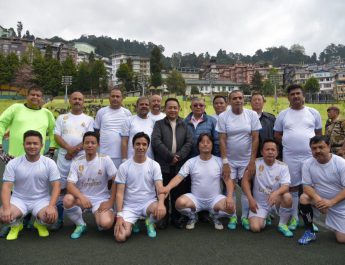 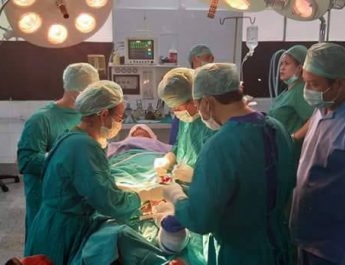 Order from the Office of the DC West