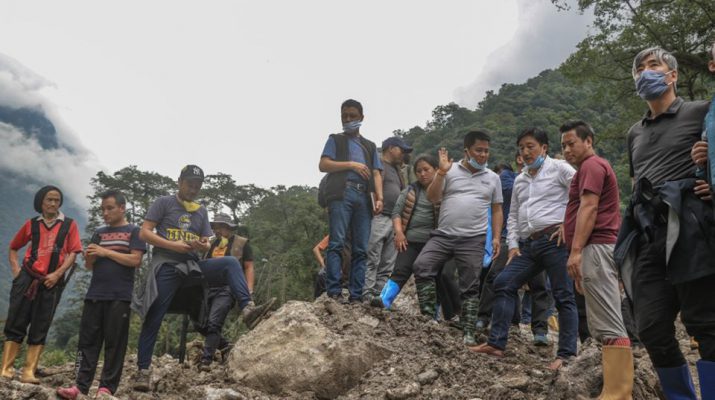 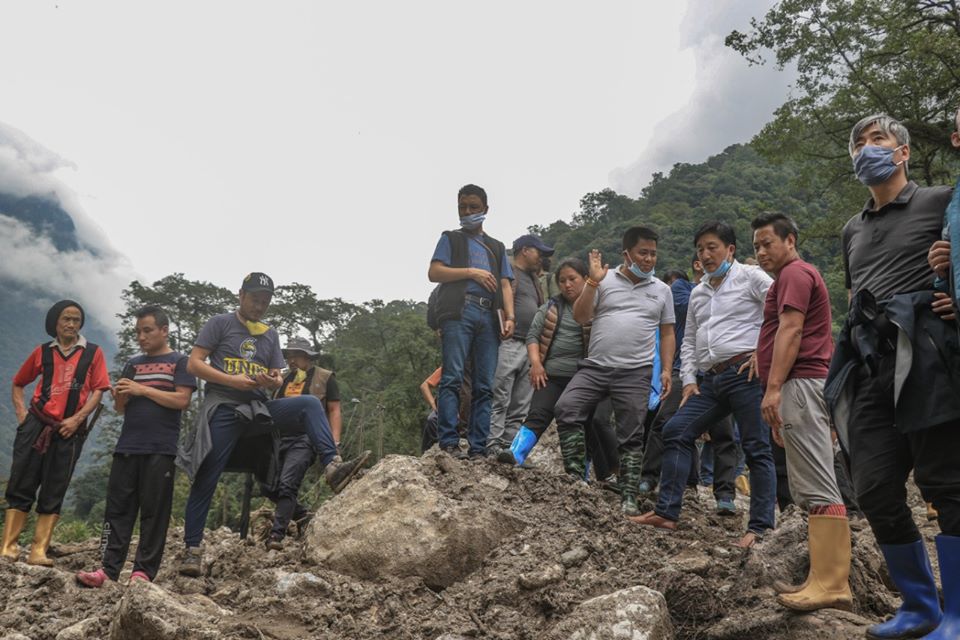 Hon’ble Minister also interacted with the son of missing parents and assured him to compensate and help in any form. He also inspected the kutcha bridge of bey and told the department of irrigation (DE) to build 2 to 3 steel bridge within a month for better communication. He further said to divert the river course as it seems to be very problematic for other residencies. He also said to build a forest bungalow and a temporary road in Bey under the guidance of DC north.

Hon’ble Minister gave Exgratia to two persons namely: Mr Nam Tshering Lepcha and Mr Samten Lepcha who have lost their home during this landslide. The sum of the amount received by the victim was One lakh One thousand and nine hundred each. Minister also handed over some amount of money to the landslide affected households from his own as a support to their livelihood in time of
such a catastrophe.

Later a meeting was conducted in Panchayat house which was chaired by Hon’ble Minister, Hon’ble area MLA Dzongu and DC north.

In that meeting the Panchayat President put some demands towards Hon’ble Minister and the demands are as follows :

1. Guest house should be built in Sakyong Pentong GPU.

5. Natural disaster occurs very frequently in that area so to look into these matters.

By the end of the meeting Hon’ble area MLA Dzongu conveyed some message to the local people by saying every person are evacuated and accommodated in a safe place. He further said that we will look into their demands especially in transport and connectivity between villages.

DC north said that the government and District Administration will work together to rebuild the place as soon as possible.

At the end of the meeting Hon’ble minister said that action should be taken immediately. Irrigation department should divert the river within 14 days. Panchayat and government officers should work for public convenience. 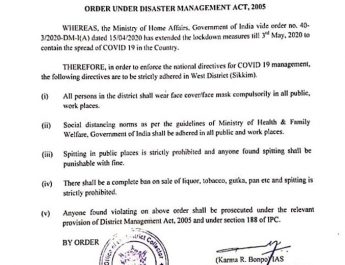