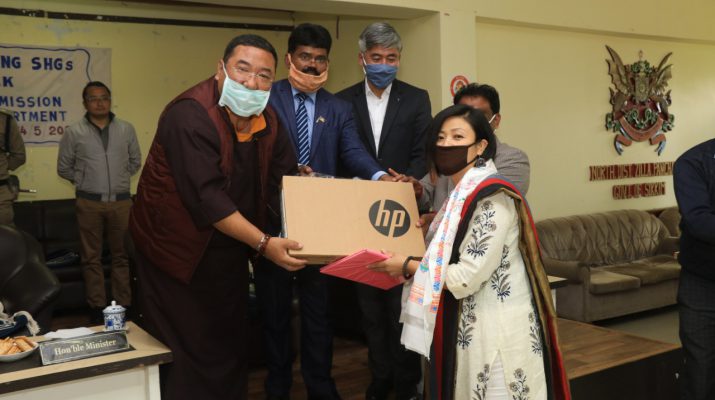 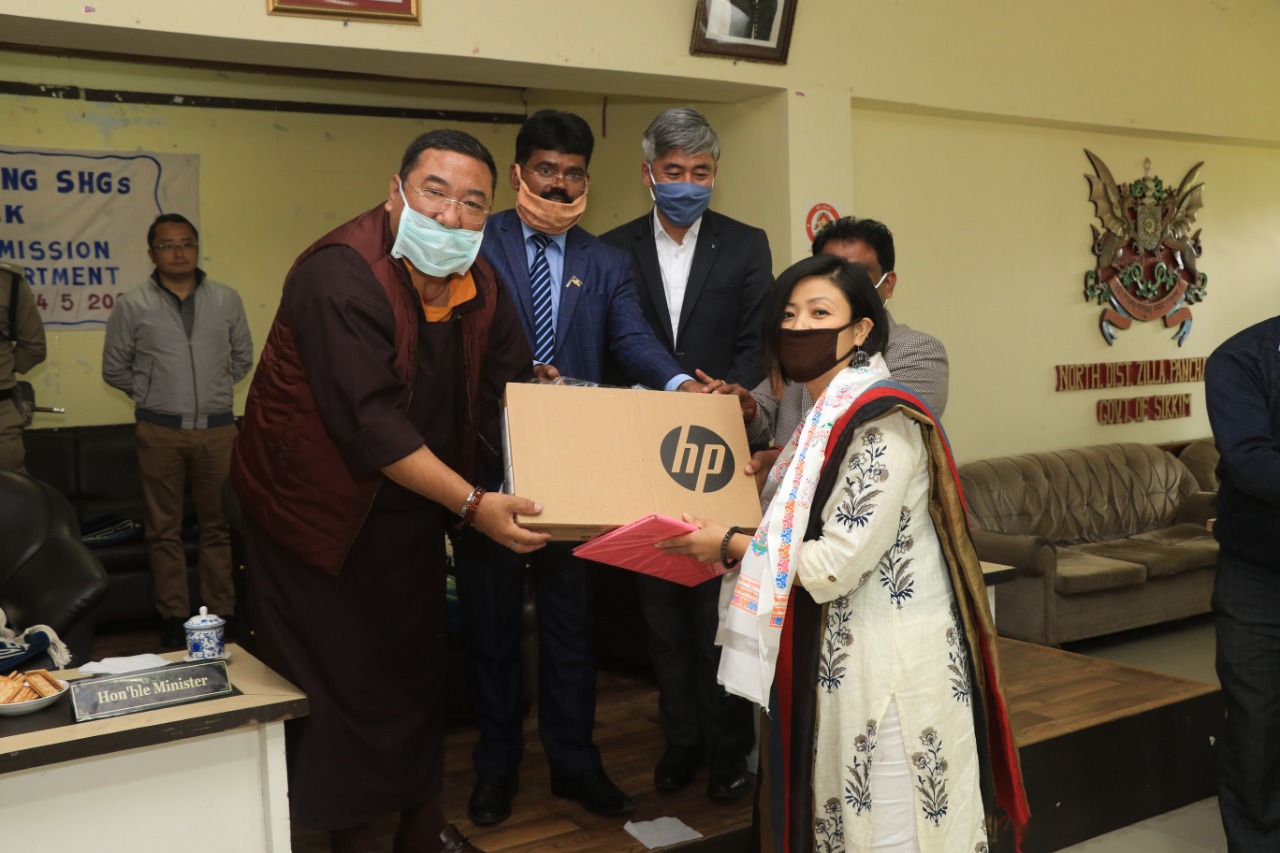 Mangan, May 14: (IPR) Hon’ble Minister for Rural Development Department, Sangha, Cooperation and Ecclesiastical Department, Shri Sonam Lama distributed laptop to the Self Help Groups of North District, today under Sikkim Rural Livelihood Mission.
Minister, Shri Sonam Lama was accompanied by the Smt. Chung Kipu Lepcha, in charge/Dzongu, Secretary, Rural Development Department, Shri C. S. Rao, Commissioner-cum-Chief Executive Officer, Sikkim Rural Livelihood Mission, Shri Sentheil Kr. District Collector, North Shri Tenzing T. Kaleon.
In total 383 Laptops have been distributed among Self Help Groups and Village Administrative Assistant (Panchayat Secretary) of all four blocks of the district. In Mangan the distribution of laptops was carried out at NDZP Bhawan where 115 numbers of laptops were given away to the Self Help Groups and Village Administrative Assistant of Mangan block. Similarly, 140 numbers of laptops were distributed in Passingdang/Dzongu Block 105 numbers of laptops in Kabi Block and 23 numbers of laptops in Chungthang block.
Minister Shri Sonam Lama in his speech at NDZP, Bhawan expressed his happiness to be a part of such programme and stated that main objective behind the laptop distribution is to augment the digital working culture through digital tools and to communicate on the internet by the members of the self-help group of the state.
He hoped that all self-help groups will make better use of so received laptop by promoting their business online and showcase their talents to the world. He further assured to provide all kind of assistance to the progressive self-help groups from the government.
Talking on COVID-19 pandemic he complimented the people of the district for following all guidelines of the government during the lockdown and he has appealed to the people to continue the guidelines and protocol of social distancing.
It may be added here that the whole distribution of laptop was carried out with duly maintaining the social distancing in all four blocks of the districts. 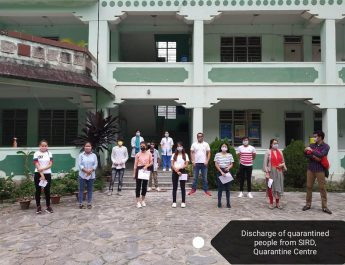 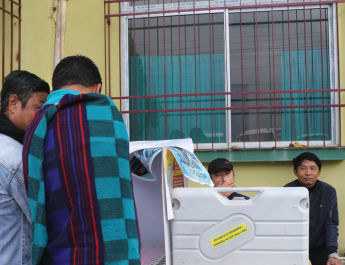