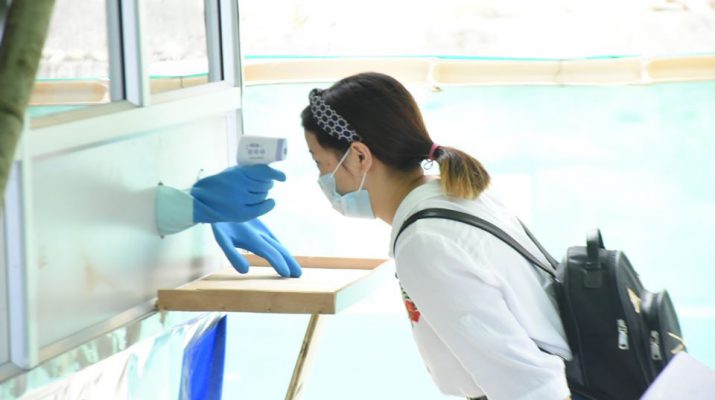 Namchi, 5th May (IPR): The first batch of stranded people from parts of West Bengal belonging to West and South Districts of Sikkim arrived at the Screening Centre set-up at Melli today.

A total number of 7 people, 2 from South and 5 from West District respectively were transported by a well-sanitized SNT bus after duly following social distancing seating norms while transporting them to the home-state.

The stranded returnees were screened and examined following all safety norms in the screening centre. Upon their arrival, the people filled and submitted their self-declaration form following which their travel history was recorded and temperature were monitored. The officials deployed at the screening centre also ensured the installation of Aarogya Setu application for every individual who arrived at the centre for tracking and monitoring their movements within the state.

After a thorough assessment, people belonging to South district were sent for Institutional Quarantine at SIRD, Karfectar while people of West district were handed over to West District Administration.

It may be pertinent to add here the screening centre at Melli has been fully equipped with all hygiene and sanitation facilities such as hand-wash units, mobile bio-toilet with solar lights, waiting sheds and refreshments for the returnees.