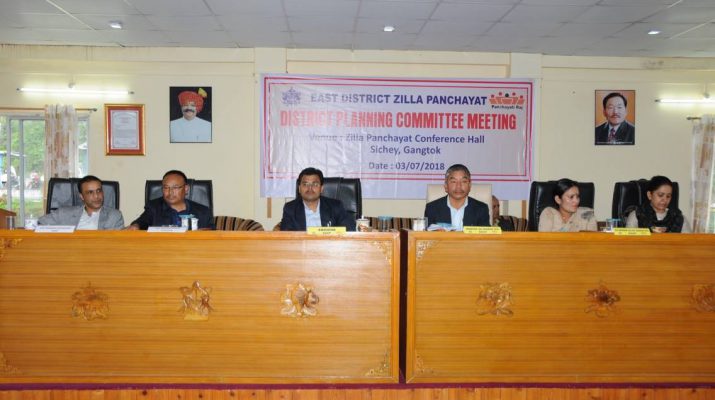 Gangtok, 3rd July (IPR): A meeting concerning the discussion, planning and passing of plans was organized by the District Planning Committee- East District Zilla Panchayat at the Panchayati Raj Office in Sichey, today.

DC East, Shri Kapil Meena in his address highlighted on maintaining the Organic status of the state by urging all the departments and the public concerned to participate equally and take responsibility via communication. He urged the members to come forward and obtain information and further, disseminate this information to the general public. He also briefed the gathering on the roles played by various departments including the Gangtok Municipal Corporation (GMC) and spoke on the strict ban of plastic materials. He laid stress on the convergence of departments and agencies to come together and work towards the common goal and also informed that the District Task Force was working efficiently in eliminating all non-organic and harmful products responsibly. He thanked all for attending the meeting and ended his address on a positive note for the proposals passed, welcoming suggestions and feedback.

Additional District Collector, Development,Gangtok, Shri Kishore Pradhan; Additional District Collector, Development, Pakyong, Ms. Urvashi Poudyal read out the various plans that are to be implemented in each area of the East District and the fund that was allocated for these projects. The DCP members gave a few suggestions asking the officials for prompt and efficient flow of information through notifications.

The DPC members agreed to the proposals made, suggesting few changes in the communication system. The DPO-cum-Member Secretary assured that they would work on an echo-system that would provide a suitable mechanism for the flow of information so that the nexus would cogent and reliable.

Shri Yadav Sharma delivered the welcome address where he explained the agenda of the day’s meeting and also opened the house for discussion after every proposal and plan that was stated by the ADCs.

Ms.Leela Dulal, Zilla Panchayat Member delivered the vote of thanks, expressing gratitude to all present and hoped that the plans proposed would be executed efficiently and promptly. 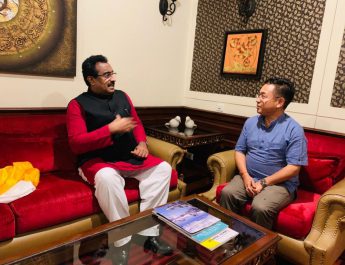 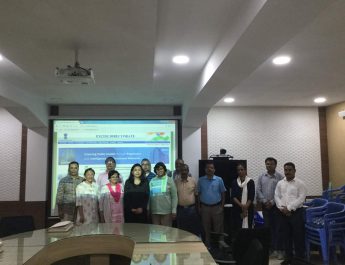 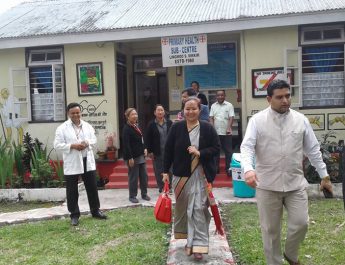