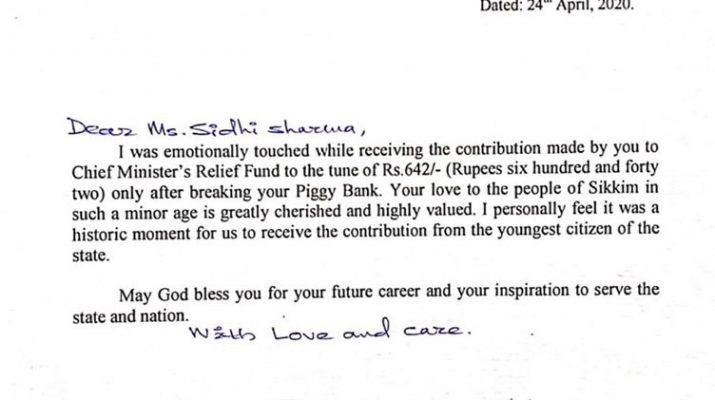 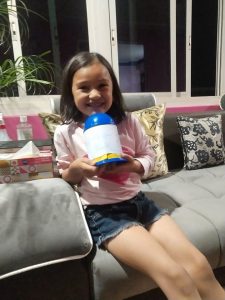 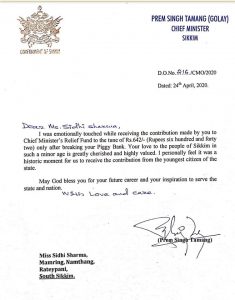 In a letter written by the HCM in recognition of Ms Shiddi’s noble gesture, he has conveyed great pride over receiving the contribution made by the 5-year-old after breaking her Piggy Bank in order to support the State government’s effort to fight the COVID-19 pandemic.

While admiring her love and dedication for the people of Sikkim in such a minor age, the HCM has quoted receiving the contribution from the youngest citizen of the State as a “historic moment” for all.

It may be mentioned that Ms Shiddi Sharma from Mamring has donated Rs. 642/- to the CM’s Relief Fund after breaking her Piggy Bank. The contribution was formally handed over to the HCM by Hon’ble MP Lok Sabha, Shri Indra Hang Subba, at Samman Bhawan on 14th April. 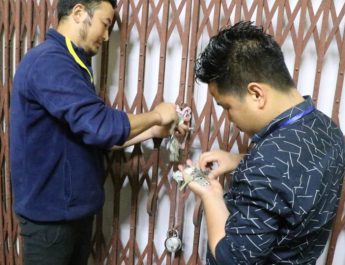 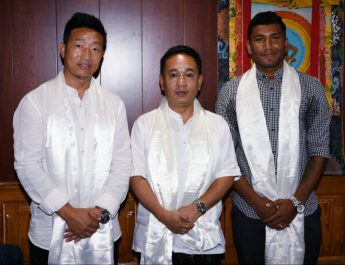