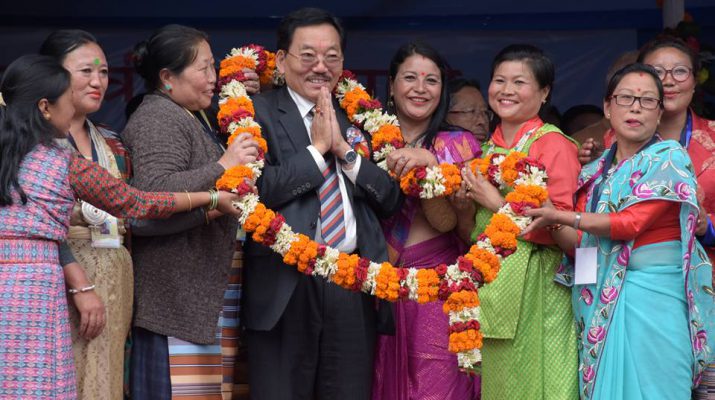 Mr. Chamling addressed the Yuksam congregation with the same enthuse since the day one of his 32 day tour of entire Sikkim. He spoke relating to the various aspects of State building and progression. He asked the public to see the changes that has taken places in the period of 24 years where every citizen have been given an opportunity to improve and progress their lives in Sikkim.

He stated that he works endlessly and tirelessly for Sikkim’s benefit, its peace, sanctity and will continue to do so. He also expressed his vision of making Sikkim self-reliant and self-sufficient in terms of food and vegetables in the next five years.

Speaking to the public, he spoke regarding organic farming and the farmers who have been active participants in the revolution. Government as per HCM has always been public centric who need to seize the opportunity to earn. He assured the public that the government will do everything in their power to protect their interests. He also shared his vision of setting up of Government Organic feed manufacturing plants for making Sikkim’s products all organic. He said that all this was done in order for Sikkimese farmers to seize the golden opportunity and work more effectively.

He asked the younger generation to take examples from the work culture of Japan and other nations and have the same dignity of labor which magnifies respect and can add to the wellness of the state. He shared his experience of life and how it teaches lessons. He said that the young need to take the benefits which the state is providing for their education and become the future of Sikkim.

Regarding the demands placed by the Yuksam-Tashiding Constituency, the CM stated that demands like roads, electricity, drinking water, up gradation of Schools and other basic needs would be met according to priority and in a phase-wise manner. The ‘Statue of three Lamas’ will also be constructed at Yuksam as announced by the CM.

The CM was felicitated by the public of Yuksam Tashiding public for being the record breaking CM of India. Similarly, Letter of Appreciation was also presented to the CM by Khangchendzonga Conservation Committee (KCC) along with a memento presented by Pr. Secy-cum-PCCF (FE&WM), Thomas Chandy, IFS, on behalf of the Forest Environment and Wildlife Management Department. 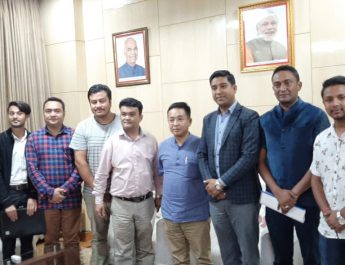 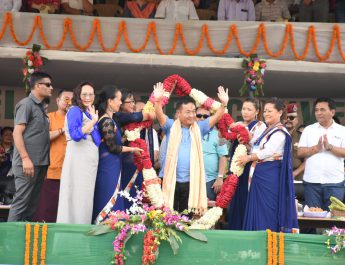 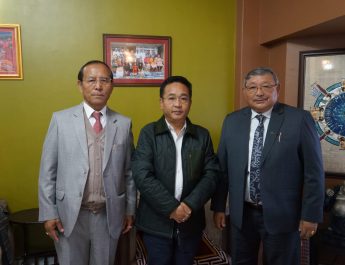