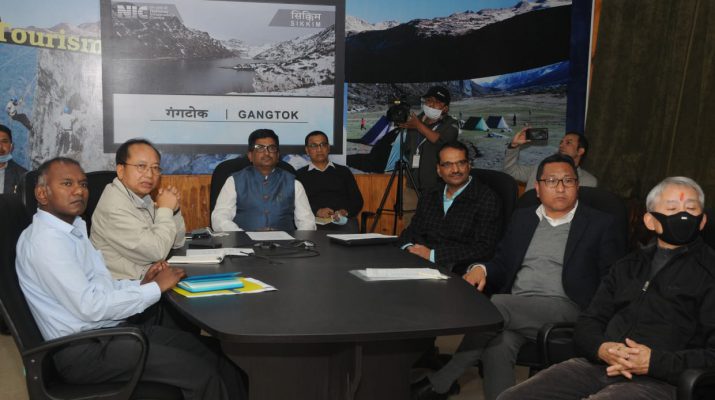 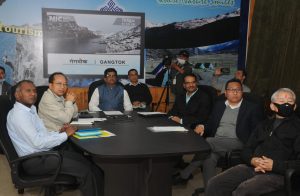 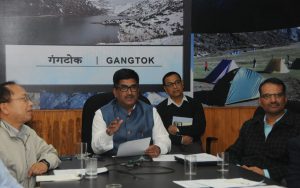 Minister Shri Lok Nath Sharma, while interacting with the Union Minister, informed that the State of Sikkim has been following all directives and guidelines issued by the Government of India, sincerely and effectively. He said that the state government has been managing to ensure delivery of vegetables and essential items through Sikkim State Cooperative Supply & Marketing Federation Ltd. (SIMFED) and collection of production through all twenty-eight Farmers Producers Organization (FPOs) in coordination with the concerned department. He also informed about the provision of Farmers Helpline Number notified for each district in Sikkim through which farmers can ask for support required for the marketing of farm produce including passes or any kind of queries. Minister Sharma also drew lights on ongoing delay in supply of materials to be brought to the state of Sikkim under PMKSY scheme. In his concluding remarks, Minister Sharma informed that there is no single positive case of COVID-19 is reported in the state till date and the state government is putting all possible precautionary measures for its prevention.

During the meeting, Union Minister Tomar took stock of preparedness and various challenges raised in the agriculture sector in different states after imposition of 21 days nationwide lockdown. Shri Tomar, in his discussion, reviewed on various steps to facilitate farming activities during the lockdown and mainly focused on numerous areas of situational importance like farming operations including harvesting, agriculture marketing and mandi operations, procurement of MSP, Provision of inputs including credit, seeds and fertiliser, issues relating to logistics and movement of Agriculture/ Horticulture produce.
He also directed every state for setting up of control rooms with regular monitoring for smooth running of authorised vehicles carrying Agriculture/Horticulture produce.

Minister highlighted the significant contributions of the agriculture sector in the nation-building and stressed that the agriculture farming activities should be continuously taken up further with the proper implementation of ongoing schemes, following the issued guidelines. 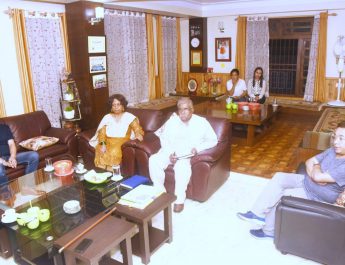 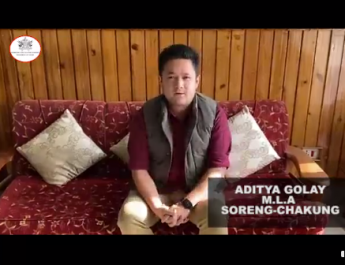 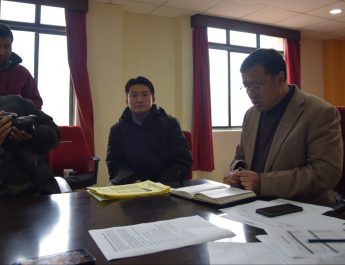