Gangtok March 31: The Chief Minister’s Office has issued an advisory for the payment of additional wages of Rs. 13 per day to the MGNREGA workers from the 1st of April 2020. Similarly, the ex gratia payment of Rs. 1000 in two instalments of Rs.500 each to the holder of a widow, old age and disability pension as announced by the Government of India. Also, the State Government has announced in the recent budget session where a sum of Rs.500 will be provided by the State in addition to the amount announced by the Central Government.

The women members of the self-help group will also be provided with the amount of Rs. 1500 in three instalments of Rs. 500 starting from the 1st of April, 2020. The self-help groups will also get loans up to Rs. 20 lakhs without any collateral guarantee, encouraging them to adopt higher-income generating activities.

The Hon’ble Chief Minister has thanked the Union Minister for Agriculture & Farmers Welfare, Rural Development & Panchayat Raj, Shri. Narendra Singh Tomar for helping the people at the grassroots level in the hour of need. 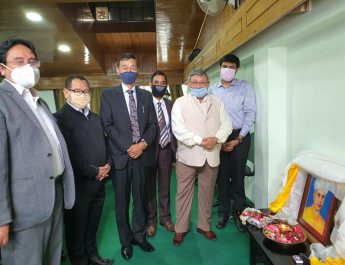 Cleanliness drive to be conducted every Friday at DAC Mangan premises

Exhibition on Parliamentary Democracy in India