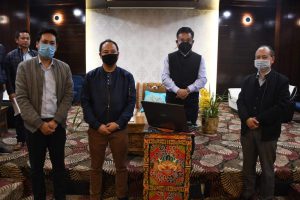 Gangtok, March 27: The Department of Information Technology, Government of Sikkim under the directions from the Hon’ble Chief Minister has developed the online portal for donating into the Chief Ministers Disaster Relief Fund (CMDRF) account.
The said portal allows the user to donate into the CMDRF account from anywhere in the world. The user can donate as an individual or companies/firms or groups depending on the type of donation. The donation can be done either as a guest that is without registration in the portal or as a registered user which requires the user to register into the said portal. While donating as a guest, the user is required to fill in basic details and upload his/her photograph or companies/group logo (optional) without login into the portal, after which the user is directed to the Payment Gateway. The registered users are required to login either as an individual or companies/firms or groups. After successful login the users are directed to a dashboard wherein the user can maintain their profile, view their transaction history and also donate. In the case of firms/companies or groups the portal has the facility to add the name of the contributing members. The portal also allows the guest user to download/print the donation receipt by entering the reference number.

The names of the donors can be viewed publicly in the home page of the said portal. The portal under the transparency section displays the total amount collected and the total expenditure from the CMDRF account including the donations received through an offline mode for the purpose of transparency. The citizens can view the list of donors by applying filters like type of donor, month wise donations received, year wise donation received.

After successful completion of payment, an email/SMS is sent to the user thanking for their generous contribution into the said account. It is important for the user contributing/donating as a guest to note the reference number, in case the user wants to print the receipt from the portal in future.

The Hon’ble Chief Minister congratulated the Department of Information Technology, Government of Sikkim for developing the said online portal and stated that at the present era of Information Technology, such online portal plays a major role in the upliftment of state’s development during the time of disaster, as users worldwide can contribute into the CMDRF account. 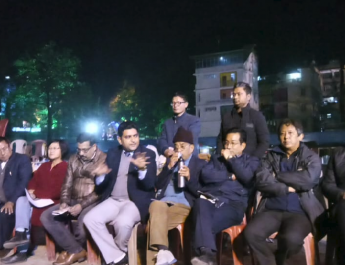 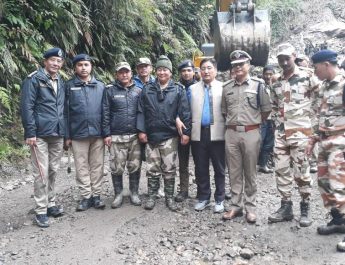 District Magistrate, North, Shri Raj Yadav, IAS has extended his deep gratitude and Special Thanks to Honorable Minister-cum-Area MLA, Shri Samdup Lepcha for his tireless support in evacuating the stranded tourist from Lachen to Gangtok