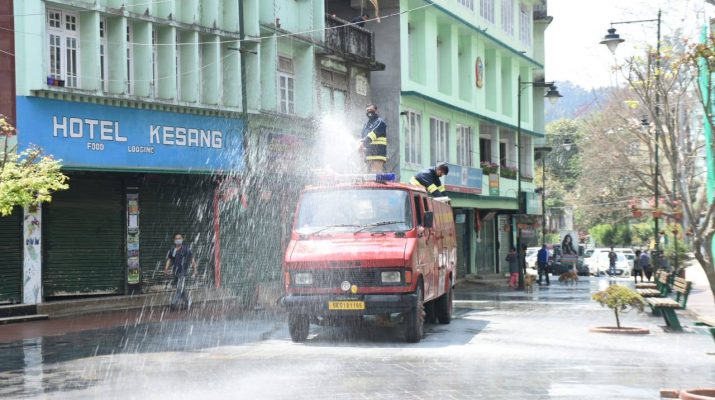 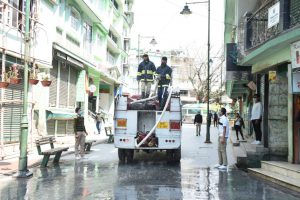 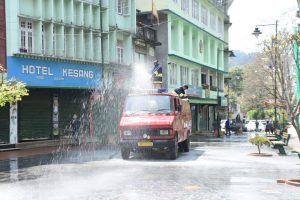 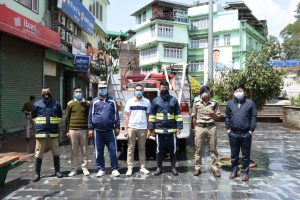 Namchi, 26th March (IPR): The South District Administration in collaboration with Fire and Emergency Services Namchi has initiated a set of measures, including disinfecting of Namchi to prevent the spread of COVID-19. The drive was conducted by the Personnel from Fire and Emergency Services Namchi which was led by SHO Mr Bishal Rai and officials from DAC.

Front line staff of Namchi Fire Services undertook this drive wherein they used products such as bleaching powder to sanitize the area. The drive was carried out at Central Park, Car Plaza, Organic Market and SNT complex

Special attention was being paid to vulnerable spots such as benches, public drinking water taps and many more during the cleaning exercise. 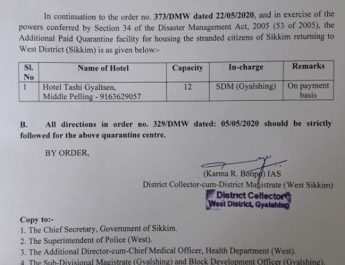 From the Office of the District Collector West Sikkim 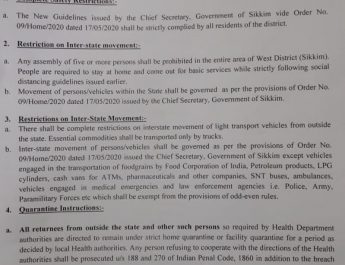