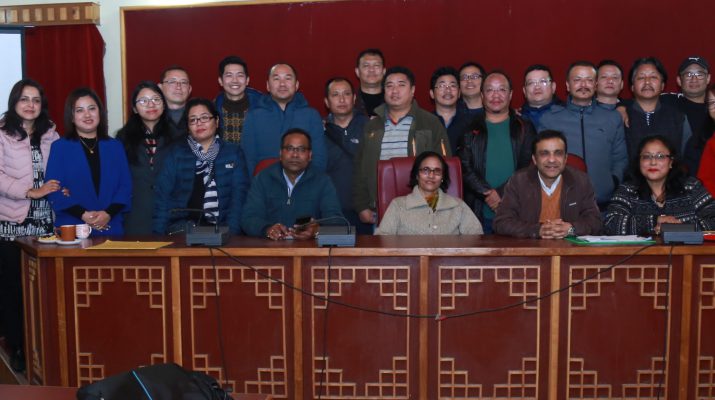 Gangtok, 21st February (IPR): The five days long training programme of Field Trainers (FT) of East and North District for the 1st Phase of Census 2021 and updation of National Population Register (NPR) concluded at the conference hall of District Administrative Centre here at Sichey, today.
The field trainers training was organised by Directorate of Census Operations,Sikkim from 17th February to 21st February,2021.
Present during the concluding day of the training program were Director of Census Operations, Sikkim Mrs. Yasodha Bhandari along with Master Trainers, Shri Yadav Sharma and Shri Santosh Das, officials from Census of India and trainees at large.
The trainers were trained on census Trainer Development Skills (TDS) to further impart training to the next level – Master Trainers.After acquiring the training, these FTs will train the enumerators and supervisors of the districts and also assist the respective charge officers.
The 1st Phase of the House Listing and Housing Census has been notified for conduct in Sikkim. The census 2021 will be conducted in two phases. The 1st phase will include House listing operations along with updation of National Population Register from 7th April 2020 to 22nd May 2020 while the 2nd phase of actual population enumeration would commence from 9th February 2021 to 28th February 2021 followed by revision round from 1st March to 5th March 2021.
On the concluding day of the training, Director Mrs. Bhandari spoke on the importance of census and it’s impact on the planning process.She listed details of various activities to be accomplished in advance.
Further,she asked the FTs to train the field workers efficiently emphasizing that the success of the census enumeration depends upon the efforts and capacity of the field trainers.
She added that the central officers were mostly the facilitators but the state government officials were mainly responsible for providing a wholesome and accurate census. She further,urged the gathering to focus and concentrate more on urban municipal areas.She also informed that showing of documents is not mandatory and added that no documents will be asked from the citizens.
She emphasized the field trainers to approach the individual householder in a friendly manner and added that officials are not supposed to force or pressure the individuals to furnish the data. Further, she stated that individuals must provide all informations as a citizen of the country according to the norms of the act.
She lastly highlighted on the importance of Census data in terms of administration,policy framing and planning process and added that the Indian Census is the most credible source of information on Demography (Population characterstics), Economic Activity, Literacy and Education, Housing & Household Amenities, Urbanisation, Fertility and Mortality, Scheduled Castes and Scheduled Tribes, Language, Religion, Migration, Disability and many other socio-cultural and demographic data.
Also speaking during the concluding day, Master Trainer, Shri Yadav Sharma encouraged the participants to have an indepth understanding of the training module with efficient manner as they will be solely responsible to train the field workers for census 2021.
He further briefed the participants to refrain from answering any hypothetical questions and further suggested them to maintain smooth coordination and focus mainly on related subject during the process of census enumeration.
Lastly,he thanked the Director for her presence and providing invaluable inputs during the course of the meeting.He further thanked the FTs and MT respectively for their lively participation and extended his best wishes for the grand success of the entire enumeration process of Decennial Census 2021 in the state of Sikkim.
A total of 24 enumerators which included 19 enumerators from East District and 5 enumerators from North District successfully completed the field trainers training on the 1st Phase Census 2021 and NPR updation held at the conference hall of DAC,Sichey.
Overall,a total of 39 field trainers and 4 master trainers participated in the five day long training program held at DAC,Sichey for North and East District and State Institute of Rural Development (SIRD),Karfectar,Jorethang for South and West Sikkim respectively.
The meeting also saw open house questionnaire sessions among the master trainers and field enumerators wherein all the important agendas relating to census were discussed at length. 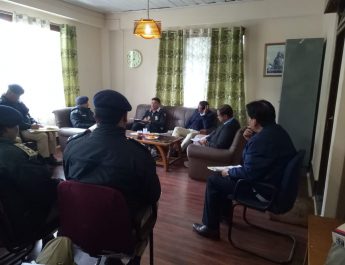 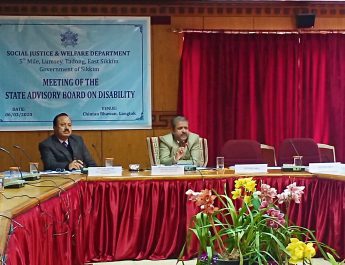 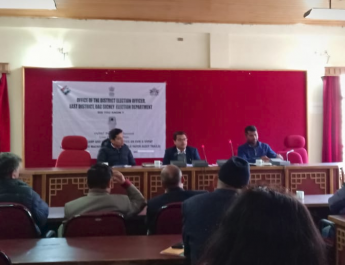