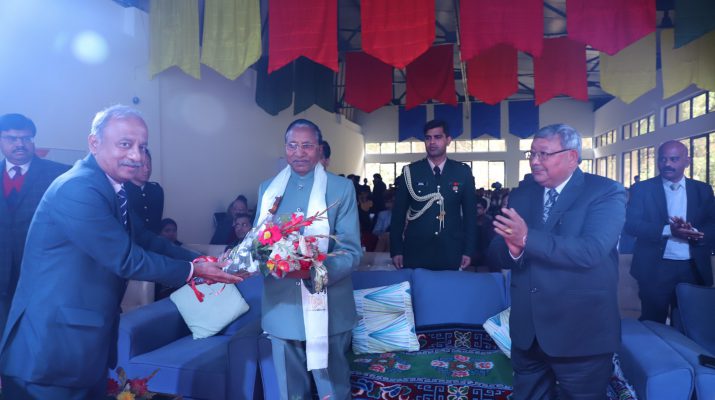 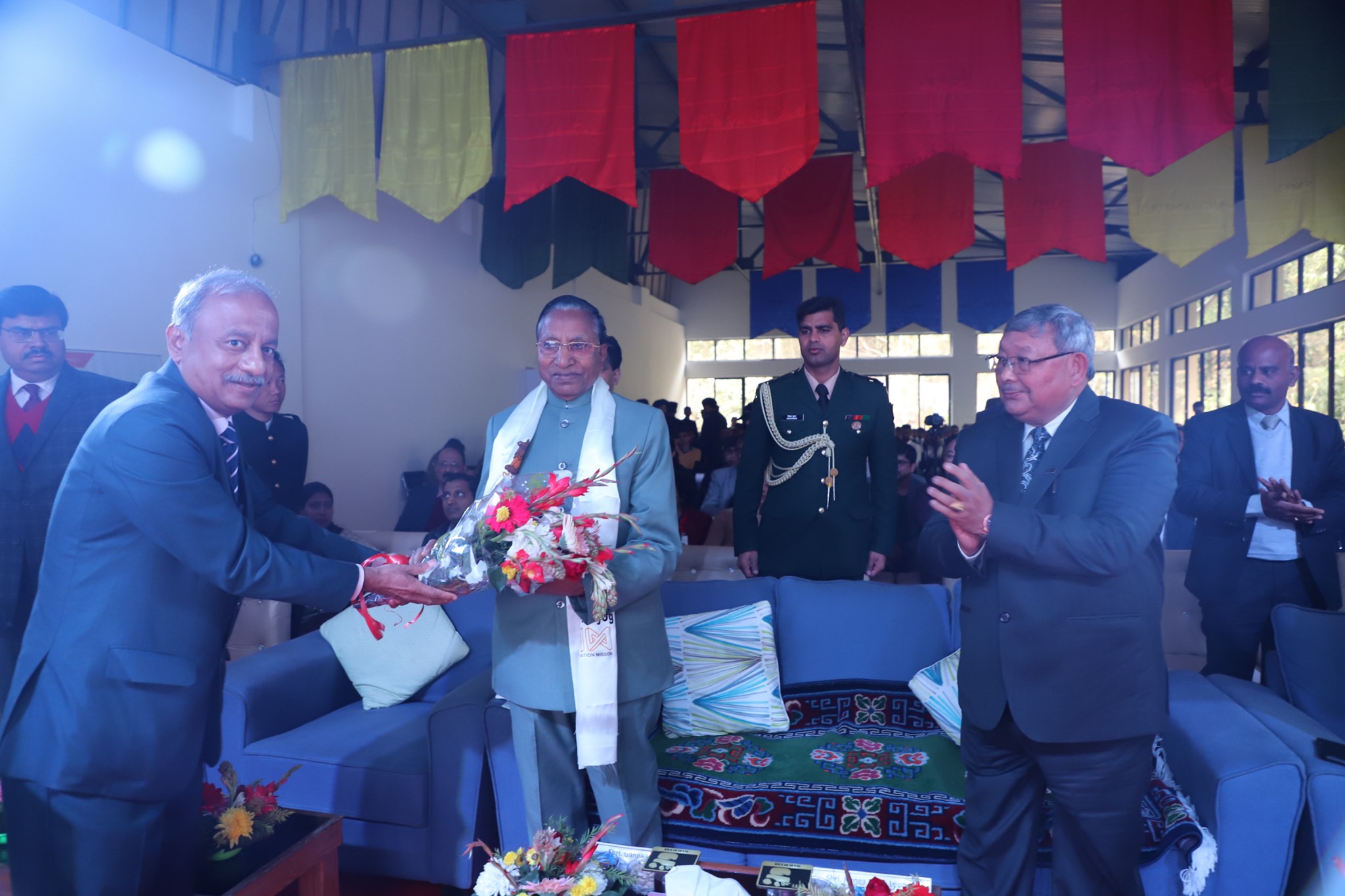 Rangpo,15th February,2020: The inaugural ceremony of Atal Incubation Centre (AIC)-Sikkim Manipal University (SMU) Technology Business Incubation Foundation (AIC-SMUTBI) was held at the campus of Sikkim Manipal Institute of Technology, Majitar, Rangpo today.
AIC-SMU Technology Business Incubation Foundation (AIC-SMUTBI) is one the 100 world class incubators of Government of India and the first Atal Incubation Centre (AIC) in North-East India which has been envisioned and fully supported by Atal Innovation Mission, NITI Aayog and Government of India.
The Center nurture and support early stage entrepreneurs of under served region based in North East India on Technology and Innovation by providing infrastructure, consultancy and seed grants to promising young entrepreneurs to pursue their dreams of starting their own ventures.
Hon’ble Governor of Sikkim, Shri Ganga Prasad graced the occasion as the chief guest for the event.The inaugural function also saw the presence of Shri. Kunga Nima Lepcha, Honble Minister of Education Department, Land Revenue & Disaster Management Department, Law Department, Sports & Youth Affairs Department as the Guest of Honor and Shri R.Ramanathan,Mission Director,AIM,NITI AAYOG as the Special Guest including
Shri. Amitabh Kant, CEO of NITI Aayog ,Shri S.C.Gupta, Chief Secretary,Shri G.P.Upadhyaya, Additional Chief Secretary,Gen Dr M.D.Venkatesh ,Vice Chancellor,SMU along with representatives from the Bill & Melinda Foundation,officials from the State Government and ATL schools from all over the state.
The event commenced with the lighting of ceremonial lamps by the Hon’ble Chief Guest,Shri Ganga Prasad Sharma.
A short introduction to the First Cohort of Acceleration in Sikkim was summarised by Shri Prajakt Raut which was preceded by the Launch of the First Cohort of Acceleration in Sikkim by the Hon’ble Governor.
Speaking during the program,Special Guest,Shri R.Ramanathan in his welcome speech extended a warm welcome the Hon’ble Governor,Hon’ble Minister and all the invited guests,students and faculty to the program.He presented a brief introduction and overview of achievements of SMIT till present and thanked the NITI AAYOG and the Government of India for facilitating the launch of the AIC in Sikkim.
He also highlighted the importance of incubators as job creators and support the development of start-ups by providing them with advisory and administrative support services.

In his key note address before the gathering, Hon’ble Governor, Shri Ganga Prasad extended his hearty welcome to all the dignitaries present on the occasion. He expressed his happiness and thanked the Government of India and NITI AAYOG for facilitating the establishment of the world class incubator centre in the state and stated that this a great gift for the students and budding entrepreneurs in the state.
Urging the students and entrepreneurs to make the best use of the world class facilities provided in the centre, he encouraged them to be more innovative and work hard for the cause of the society and realise their potential to the fullest.
Speaking on the occasion,Guest of Honor, Shri Kunga Nima Lepcha expressed his gratitude to NITI AAYOG on behalf of the Government if Sikkim and added that launch of AIC would help equip Sikkim in the field of Science and Technology. Welcoming all the dignitaries and guests present during the occasion, Hon’ble Minister said that it was proud moment for Sikkim that AIC-SMU Technology Business Incubation Foundation (AIC-SMUTBI) is one the 100 world class incubators of Government of India and the first Atal Incubation Centre (AIC) in North-East India and further added that 51 Atal Tinkering Labs have been established in Sikkim under NITI AAYOG.
He also pointed out the rising unemployment issue in the state and added that launch of the world class incubator center in the state would open up various avenues to curtail the unemployment issue in the state.
He urged the students and aspiring entrepreneurs to make the very best use of the facilities and further congratulated all the 14 startups present on the occasion for their participation.
He was also extremely grateful to the VC, SMU for providing him the opportunity to attend the program.
He further reminisced about his close association with the university and expressed his deep happiness in connecting the dynamic students and faculty of the University.
He further wished all the ATL school students the very best in the future endeavours and urged them to make the best use from the incubator programme to foster curiosity and innovative mindset among young students to encourage research and innovation in schools across the state.
Lastly,he congratulated the entire team of AIC on the successful launch of the world incubator centre in the state.
The programme concluded with the vote of thanks proposed by CEO,AIC-SMUTBI.
The programme also consisted of pitch and plenary session and included an open house session with Shri R.Ramanathan and parents, entrepreneurs and participants from ATL school.
The participating 14 Incubatees and accelerators names included ASAL,Untap’d,Earthier,Yonika Infotainment,Navvay’d,The Chakras,Shield Tech Infosec Solutions,SIKMED,Gladiolus Language Nectar,JUM,OEFEREK,Amazing Adventure Pvt Ltd,SAI Kunti,CAS Collective.

Following premises have been declared as containment zone under South District 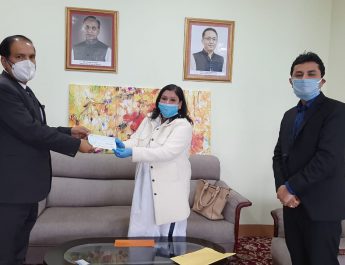 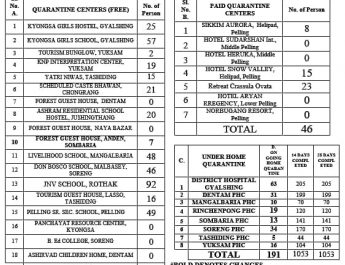