In the course of the meeting, District Youth Coordinator NYK (West) Shri. Dev Nepal presented a brief report of the activities and programmes undertaken by NYK in the district so far. He also spoke about the objective of the upcoming National Integration Camp (NIC) which is to create nationwide opportunities for largest ever participation of youth particularly belonging to rural areas and informed that the camp will have the participation of 300 youths from 16 states. In addition, he also highlighted the achievements of the organization and called for coordination from the District Adminstration and line departments for successfully conducting the NIC.

DC South also addressed the meeting wherein he handed over roles and responsibilities to the stakeholders for ensuring smooth conduct of the NIC and extended full cooperation from the DAC. He also placed suggestions before the NYK body to mobilize youth from the district through departments such as Sports and Social Justice and Welfare in order to establish wide outreach of youth centric programmes.

It may be mentioned here that National Integration Camp (NIC) will be held from 23rd February to 27th February at Chemchey and will include various programs such as youth rallies, cultural programs and sporting events for the youth to participate. 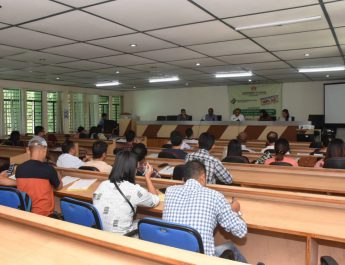