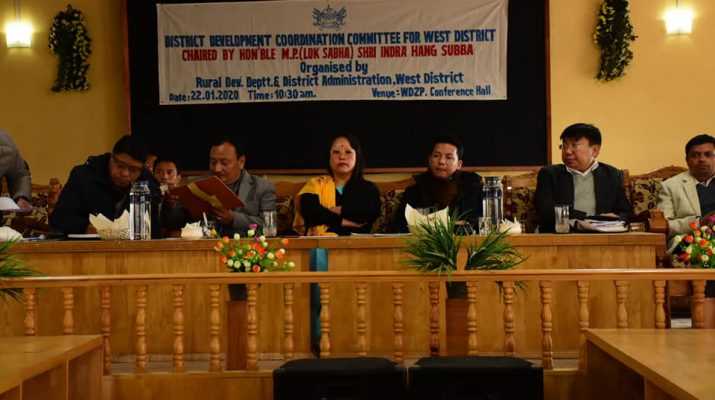 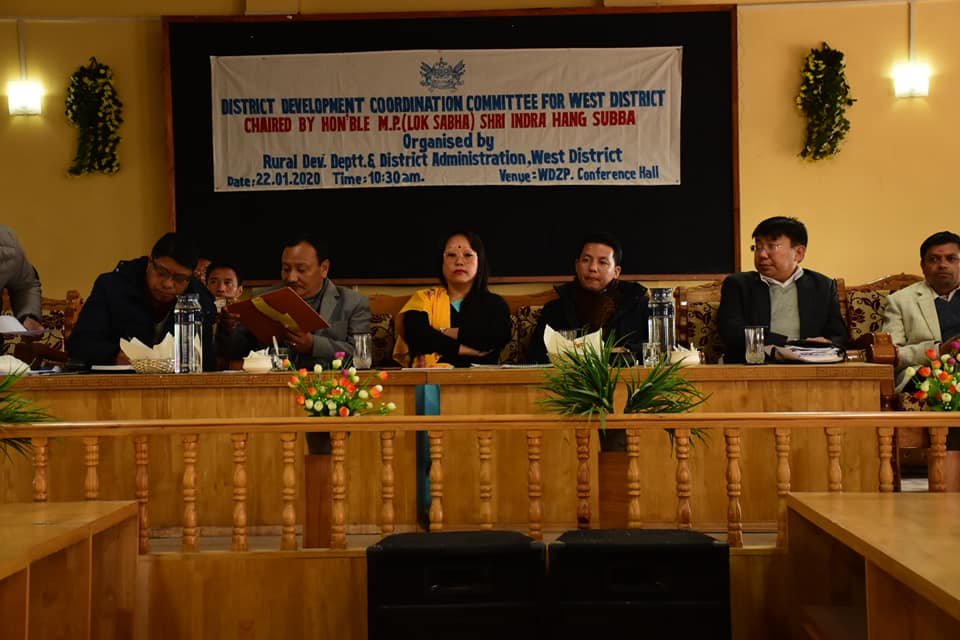 Gyalshing, 22nd January, 2020 (IPR): The Meeting on the District Development Coordination and Monitoring Committee (DISHA) for West District organized by the Rural Development Department (RDD) and District Administration Center (DAC) was held at the West District Zilla Panchayat Conference Hall, Kyongsa, Gyalshing, West Sikkim.
The Meeting was chaired by Shri. Indra Hang Subba, Hon’ble Member of Parliament (Lok Sabha) who is also the Chairman of the DISHA Committee. The Chief Guest was accompanied by Smt. Devika Subba, Adhakshya, WDZP, Shri. Ashok Gurung, Up-Adhakshya WDZP, Shri. Karma R. Bonpo, DC West, Shri. Karma L. Lepcha, ADC West, Shri. Milan Subba, ADC Dev. (Gyalshing), Shri. Gayas Pega, ADC Dev. (Soreng), HoDs of Line Departments, Officials of DAC, Zilla Members, Panchayats and Dignitaries.
Hon’ble MP in his address to the gathering mentioned that the West District is blessed with everything and it is the duty of the Local Representatives and officials to provide the best for the public in terms of policies formulated by the Center and the State for the benefit of the rural populous. He mentioned as an elected representatives of the public it is the duty of every elected individual to work for the benefit of the rural population and be the voice to the voiceless public in implementing the public works and policies. He also stressed on the importance of the Officials who need to guide the public in being aware of the policies and its essential norms which needs to be followed by them.
He further mentioned that monitoring of the work in progress at various levels need to be properly monitored and kept in check so that the rural populous can get the best work out of the sanctioned projects and facilities. He also mentioned that the key element in the progression of the district is close inter-departmental coordination and also amongst the elected representatives. He further mentioned that the MP-LAD fund would solely be used for Education Department purposes for the year 2020. He also urged the PMGSY wing to carry out their work with more efficiency and quality. He also urged the PHE department to crosscheck their data with their counterparts to ensure marginal errors. He also directed the Energy and Power Department to implement proper distribution pattern in West District so that electricity which is an essential part of public’s lives today will not be hampered.
He further talked about the ‘Transfer Policy’ which is being formulated at the State Level to sort the issues of the lack of manpower in the districts. He also stressed on the importance of the “Zero Waste Policy” which needs to be implemented from the rural level. He also informed that the BDOs along with the Panchayats need to sensitize the public of their areas to discard their wastes in proper manner and not dump in Jhoras and streams. He also urged them to keep a check on such practices and encourage cleanliness at the rural level. He also mentioned that the DISHA Meeting needs to be done “Quarterly” for which he is willing to attend positively to see the progress of the District Administration.
DC West in his welcome address highlighted the importance of the DISHA Meeting and how crucial it is for all (Elected Representatives and Officials) to participate actively which can be beneficial to the District at large. He also floored the various issues and problems in the West District in relation to Roads, Internet Connectivity and Electricity. He also highlighted on the initiatives and progress of the District Administration.
During the Meeting detailed presentations were given by various Departments namely PMGSY, RDD, PHE, NRDWP, Agriculture and Horticulture, GMC, Energy and Power, Health and Education Department. 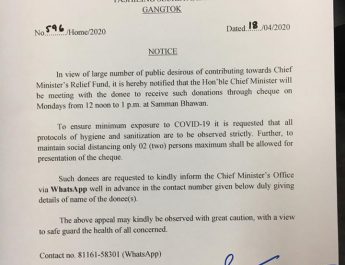 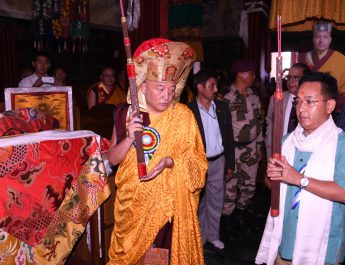 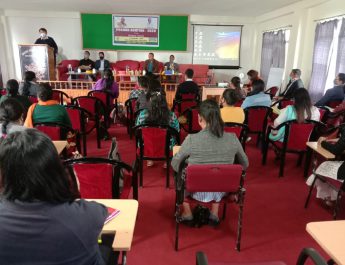