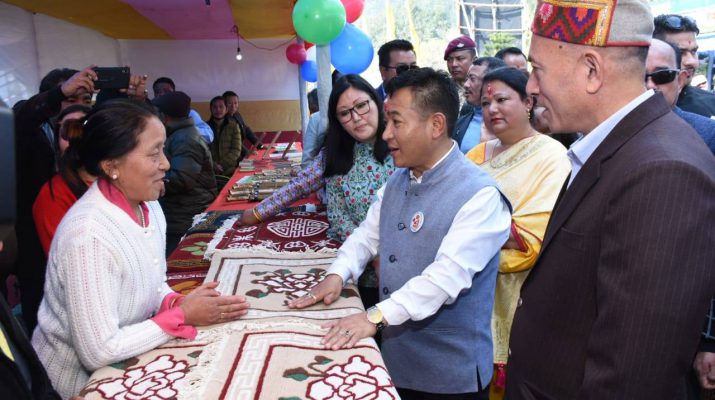 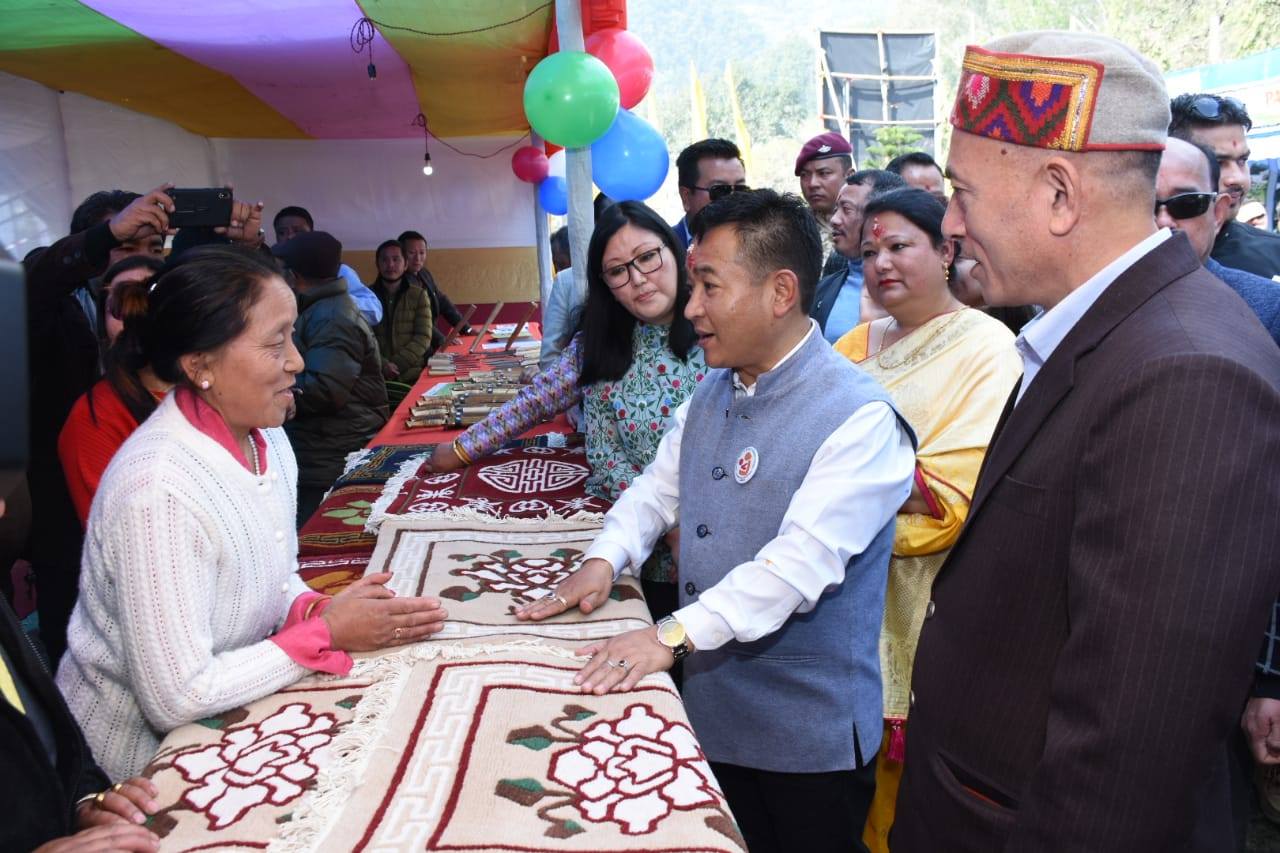 At, the onset of the inauguration the chief guest offered his prayers at the Trikaleshwar temple and visited the departmental stalls located at Jorethang Volleyball ground. Thereafter he inaugurated Sikkim SARAS Trade Fair.

Addressing, the gathering Chief Minister extended his best wishes on the auspicious occasion of Maghey Sankranti, 2020. He spoke at length about the importance of this event and informed that this day is particularly observed as the ending of paush and the beginning of Magh month, according to hindu lunar calendar. He also added that during the Sankranti festival most of the households use ban and other types of tarul as the main component to mark the festival.

This year the State Government has planned to celebrate the Jorethang Maghey Sankranti mela in a different way by inculcating a sense of sportsmanship by playing different tournaments such as 9th All India Chief Minister’s Gold Cup International Football Tournament and Inter-constituency level Football Tournament. The Chief Minister highlighted that Sikkim should produce talents particularly in the field of sports and reach golden heights and bring about laurels to the State and the country.

He added that Jorethang in due course of time should be transformed into a must visit tourism spot as this place has strong connectivity toward the South and West district. He urged the officials to work in tandem with the locals and positively change Jorethang into the most sought after destination. The HCM also brought to light that this mela should attract much business opportunity for the locals and the budding entrepreneurs in order to earn profit.

Speaking, about infrastructural development HCM said a state of art Hospital, College and Nepali Sanskriti Bhawan will be set up in the locality. The budget for the same will be allocated during the next financial year.

The finals of Interconstituency Level Football Match was played between Barfung and Salghari Zoom constituencies wherein the latter emerged winner with a scoreline of 1:0.
Mr. Sanjeev Rai from (Salghari Zoom) was named Man of the Match. As, informed by HCM the winners of this tournament will get direct entry into the next Chief Minister’s and Governor’s Gold Cup Tournament. He also said that a state level football team will be constituted comprising of the best players from this tournament, this is done, so that young sportsperson, from the state can get a platform in which they can show their talent. 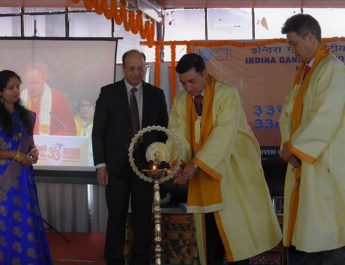 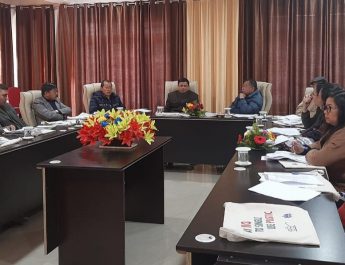 The 48th Board meeting of SICUN was held at Assam Lingzey 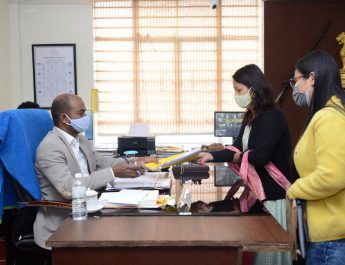